Raaz-e-Ulfat is a drama serial of Geo TV revolving around the theme of friendship, love and jealousy. The drama stars renowned names including Shehzad Sheikh, Yumna Zaidi & Komal Aziz Khan.

It is being produced under the banner of 7th Sky which is known for many successful dramas in Pakistan such as Khaani, Daam, Doraha, Mairat-ul-Uroos & Meri Zaat Zara-e-Benishan. It is directed by Siraj-ul-Haq and is written by Maha Malik, who is a renowned name in the industry.

The main characters of the drama are Mushk, Sahiba and Irtiza. Mushk is a young girl who belongs from a conservative family, Sahiba is her friend but she lives a different lifestyle. The episodes of the drama serial will unveil how with jealousy Sahiba tries to end the relationship between Mushk and Irtiza.

The drama features a rich cast including many renowned celebrities from Pakistan’s drama industry including names such as:

Raaz-e-Ulfat started airing on 7th April and now airs on each Tuesday at 8 PM. The repeat telecast is later aired on the next day. Users can also watch the drama serial through the official YouTube channel of GEO Entertainment or through the smartphone app which is available for download for Android and Iphone, both.

The original sound track of Raaz-e-Ulfat was also released few days before airing of the drama. The theme song was written by Maha Malik, composed by Shadi Arshad and performed by Shani Arshad and Aima Baig. 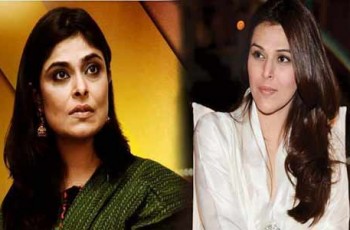 Only few Pakistani who watch Local Dramas knows that Nimra …