Mir Javed-ur-Rahman was the chairman and publisher of Jang Group, the leading media group in Pakistan. This biography of Mir Javed describes his life and contribution in Pakistan’s media sector, from news to entertainment.

This profile also discusses his personal life including rift with younger brother that forced Mir Javed to file cases against him.

Mir Javed-ur-Rehman was the eldest son of Mir Khalil-ur-Rahman, the founder of Jang Group. He was born on August 11, 1946 and was one of the 6 siblings in the family which includes Mir Shakeel-Ur-Rehman and 4 sisters.

Other details about his early education and life are not known, except that after migration the family settled in Karachi. He came into highlight and rose to prominence after the death of his father.

Mir Khalil-ur-Rahman, the founder of Jang Group, died on January 25, 1992 after which Mir Javed became the publisher and printer for the group. Even before his death Mir Javed was affiliated with journalism but after his death he took the leading position & became one of the most prominent and influential name in Pakistan’s print media.

Sunday magazine Akhbar-e-jehan is also considered to be the reflection of his thoughts as everything from pictures to articles were approved by him. It is said that he fired one editor of the magazine four times and then reappointed him.

The English fashion magazine, MAG which is published weekly was also a work of Mir Javed, he was also the editor in chief and publisher of the magazine.

He was also an active member of All Pakistan Newspapers Society (APNS), where he served once as President, once as Vice President and twice as secretary.

During his leading position in APNS he also fined Jang for multiple violations, it is said that this resulted in rifts between both brothers.

In 1996 he developed differences with his brother Mir Shakeel-ur-Rehman which turned into property dispute, it was resolved after their mother Begum Mehmooda intervened.

It is said that under his leadership the group grew & become one of the biggest media groups comprising not only of newspapers and magazines, in Urdu and English, but also TV channels.

Mir Javed was married but had no child due to which he adopted son of his brother who lived with his family in Karachi. He died on March 31st, 2020 after fighting lung cancer for a long time.

On his death not only senior members of Pakistan media industry but also national political figures, scholars and government officials offered condolences. Despite his 50 years’ experience & contributions in media no Wikipedia profile is available. 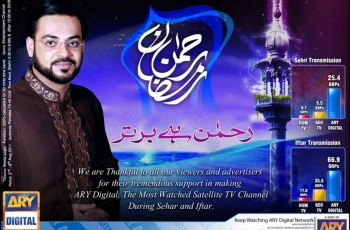 ARY Digital has become the most watched satellite TV channel … 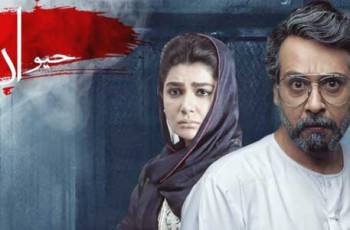 Haiwan is a new drama on ARY Digital on the …