One of the most iconic YouTuber & prankster from Pakistan, Nadir Ali Shah, is alleged to be a tax evader which is now under investigation, reported Pakistani newspaper Dawn.

According to the details the online prankster owes more than Rs. 13 million to Federal Board of Revenue (FBR). He received multiple notices from FBR but failed to respond, after which the investigation for concealment was referred to Chief Commissioner Inland Revenue Tax Office (RTO)-III in Karachi.

Nadir Ali started his channel in 2016 and within a short period of time ‘P 4 Pakao’ became one of the most famous YouTube channel in the country with more than 3 million subscribers and 820 million views.

But his alleged income, which FBR verified with YouTube, is as follows: 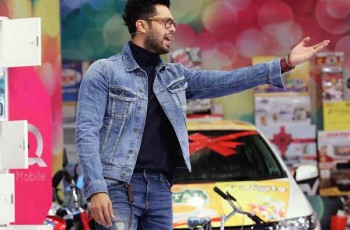 Fahad Mustafa claims that in the current years he is …