The two well-known drama actors Faisal Qureshi and Aijaz Aslam with Anoushey Ashraf as being the heroin can be seen in a drama serial titled as Topi. As the title suggests, the two cons dress themselves in a various get ups to fool around people.

The story presents the character of two people named Vaqeel and Jamal who believe in helping the poor people by taking from rich people. The drama presents a chaotic comedy with intense friendship between the two friends who ultimately fall for a very same girl, their property owner’s daughter. Soon the young people fall victim to their own acting and habits.

The drama has been written by Imran Nazir and directed by Iftikhar Iffi.

It is aired on ARY Digital Channel every Friday on 7:00 PM. 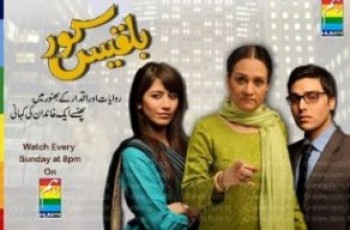 Bilqees Kaur, a production of MD Productions is a heart …

Karachi: Following the re-appointment of Dr. Aamir Liaquat Hussain on …