Talent or Public relations – Which play better role in getting entry into the media field? This was the topic discussed today at the morning show.To add spark and energy to mornings of the viewers Sindhi, drama actresses and television host conducts the show.

With her happy go lucky personality, the actresses who is a powerhouse of talent carries the whole show in a very informative and dignity manner.

Media celebrities Bushra Ansari, local producer Mehreen were on the show to discuss, share and talk about the issue.

Sanam shared her personal experience saying that she had also been discouraged by many people when she made up her mind to become an actress. She said that despite being Sindhi I have earned this respectable position since last 8 years of my career through my hard work. She said she believed in talent rather than public relations. Her talent was also appreciated by the producer Mehreen.

On the show, few girls who had served the media industry complained that since they aren’t well known like other celebrities hence they aren’t paid for their work at times and often insulted and refused to appear after they have done the assigned work . The celebrities said that these problems are faced by every single individual; of this field.

Media celebrities said that hard work pays off whereas survey conducted showed that people more believed that public relations help one to step ahead in life, especially in the media industry.

Subah Saveray is a morning show that is telecasted through Monday to Friday from 9:05 am to 11 am. Sanam Baloch is the host of show.

Today Express Newspaper published news about a book My Life’s … 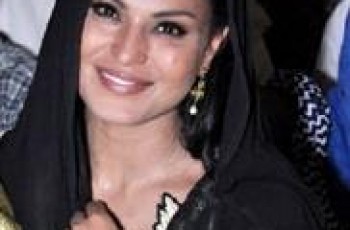 Dubai: The Pakistani female actor Veena Malik has said that …