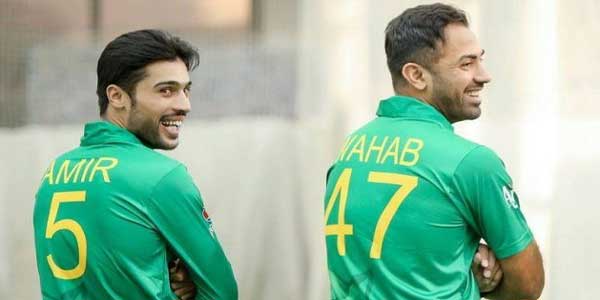 These two players replaced all-rounder Faheem Ashraf and Junaid Khan. These changes were made after the bad performance of the cricket team against England, revealed Inzamamul Haq.

Allhamdulilah, humbled and proud to be part of the pakistan WC squad InshAllah going to give 100% and we all will try and make our nation proud, thank u all for ur support and endless duas we all need them more now. #pakistanZindabad

Alhamdulillah!
Thrilled and excited to take part in the #CWC for my country. The support you guys have shown is heartwarming and I’ll give my best to this opportunity iA. It also rebuilt my faith in optimism and dedication. ??

People reacted differently on twitter and other social media platforms. Some supported the comeback of Mohammad Amir because they believe he can perform.

Pakistan pick Mohammad Amir, Asif Ali and Wahab Riaz for World cup . Yes this is the time to come back. pic.twitter.com/YE7vuBwJ0S

While others questioned his selection because he was never under consideration for the squad and did not get a chance to prove himself?

It is hilarious that Mohammad Amir who has been awful lately- was never part of the WC squad to begin with and didn’t get a chance to prove himself in the England series has somehow managed to secure a spot for the World Cup- based on what exactly- THE ONE FREAKING CT17 SPELL???

The selection of Wahab Riaz over Usman Shinwari was also criticized by people on social media.

Usman Shinwari is Pakistan's second best ODI fast bowler in last 12 months. I don't understand how does Wahab Riaz gets a spot in team who played his last match 2 years back (Yes, 2017) and not Usman. pic.twitter.com/j7axJMM89v

People questioned why Usman was not selected despite his better ODI stats.

Why only Wahab Riaz considered as replacement in #cwc19? Why not Usman Shinwari who had better ODI stats than anyone currently. Shinwari's dept SSGC played ramzan cup but he dint featured there aswell coz he should have grasped opportunity to impress Selectors. Fitness theek hy?

They said there were 4 years to build a bowling lineup, yet we are once again going for Wahab Riaz?

Four years. Pakistan had four years to build a bowling lineup for this World Cup but it's back to square one with Wahab Riaz.

Supporters of Wahab Riaz believe he can offer the experience and skills which our team requires during ICC Cricket World Cup 2019.

I will repeat Pakistan need Wahab Riaz for world cup. He is in the form of life and 90 mile pace is the requirement of the moment and he is also a very handy lower order batsman too and a super fit athlete. Medium pacers in England can't win you matches.#EngvPak pic.twitter.com/20hfK3r2wU

Awami Web also conducted a poll on social media to know the opinion of common people. 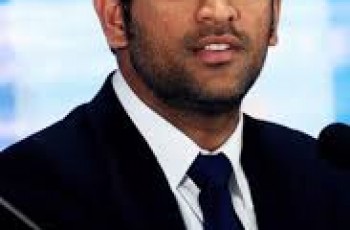 Dubai: The International Cricket Council (ICC) has announced the men’s … 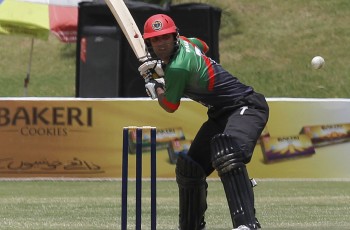 Pakistan A beats Afghanistan A by 5 wickets in first …