Finally making time to watch the movie ‘Main Hoon Shahid Afridi’, the cricket star Shahid Afridi was seen in the Atrium Cinema Mall. Talking to the media he said, in comparison to Bollywood, we are still behind .The Pakistani cricket super star had reserved his comments before watching the movie. But the movie had not impressed the icon as the critics. Afridi said that it is okay film keeping Pakistan standards in Mind.

Before Afridi could go to cinema to watch the movie, there had been news about the obscene scenes in the movie that were said to be edited but nothing as such was there. The dance performance of Mathira was very vulgar in the film which was against Pakistani culture.

Knowing about it, Afridi went alone to watch the movie and said that he family values didn’t allow him to take his wife and children along with him. But some of Afridi fans on social media that Afridi has done un-Islamic thing by going to cinema and he should have abstained from this activity.

Though, the move is doing well but still loops holes in the movies call for better investments, use of better techniques, technologies. Boom Boom was the initial name of the movie but had been later changed to ‘Main Hoon Shahid Afridi’. The movie have had attracted immense viewers due to the stardom’s named based story but disappointingly it failed to satisfy the cricketer’s stature.

Karachi: Pakistani cricketer Shoaib Malik has been reported to have … 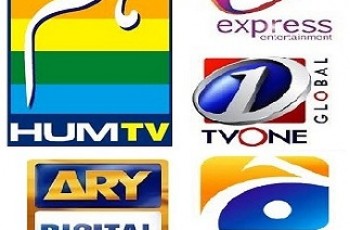 Six entertainment channels of Pakistan transmission is not coming in …