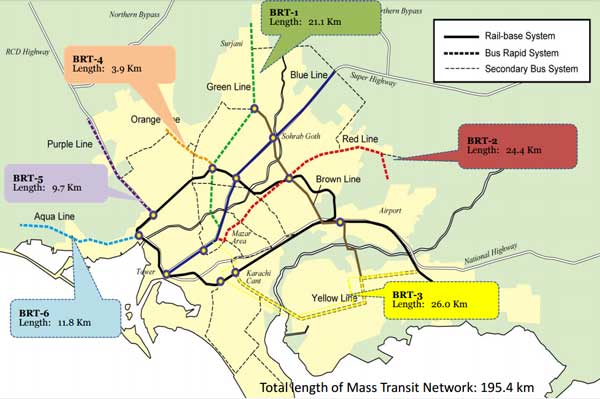 Karachi is Pakistan’s biggest city with a population of around 15 million while many more are working in the city. Despite being the economic hub the city lacked any modern transport city after which Karachi Metrobus Project was launched with 5 lines known as Green, Orange, Blue, Yellow & Red Lines.

Federal & Provincial Government along with financial support from World Bank & Asian Development Fund aims to modernize the transportation system of the financial hub.

The dedicated route of the Metrobus project is 109 km with more than 90 stations and hundreds of buses to cater at least 350,000 passengers after completion of the project.

Construction of Green Line started in the first phase of the bus rapid transit system. It is spread over an area of 35 kilometers with 37 bus stations.

Previously the route was of 17 km starting from Surjani Town to MA Jinnah Road but later on the request of Sindh government it was extended till Karachi City Railway Station near Tower.

The route of Green Line is as follows:

It is expected that this BRT will end the transport problems in Numaish Chowrangi, Gurumandir and Tower area.

Green Line Bus route is being financed by the Federal Government of Pakistan. The construction work started in February 2016 and it was expected to be completed in December 2018.

Orange line is the smallest part of the BRT system with a route of just 3.9 Kms and 4 stations. The project is solely financed by the provincial government of Sindh.

It starts from Shahrah-e-Quaideen near TMO Office Orangi Town and ends at Board Office, AO Chowk joining the Green Line through a rotary flyover.     This line has its own bus depot with parking capacity of 35 buses.

Later Government of Sindh renamed after Abdul Sattar Edhi to honour him for his philanthropist work.

Blue Line was initially planned from Mereweather Tower to Bahria Town with a 48 kilometer route. At the planning phase Bahria Town agreed to fund the project but later withdrew causing trouble for the project.

It is said that government now aims to construct the build the road from Guru Mandir to Sohrab Goth. The initial route of the BRT system included:

It was planned that Blue Line will share the route with Green Line from Guru Mandir to Merewether Tower.

Yellow Line was planned to connect the Landhi Town with M.A Jinnah Road, considered the financial hub of the city. The cost of the line was estimated to be Rs. 14.4 billion which will be financed by World Bank.

An agreement was signed with a Chinese firm which failed to raise funds and start the work after which the government allowed fresh bidding for the busway project. World Bank agreed to fund the project if provincial government constructs the road from Dawood Chowrangi to Malir Expressway.

Red Line is another major part of the BRT system with a dedicated route of 27 kilometers. It starts from Model Colony, Malir and ends at M.A Jinnah Road following the route from Safoora Chowrangi and University Road.

This line will be financed by Asian Development Fund, Sindh Government and DFID (UK).

The routes consist of elevated track and underground tracks to avoid any regular traffic. It is expected that it will modernize the transport system in the city, on completion it will be the biggest BRT project in Pakistan.

Map & Routes of the BRT: 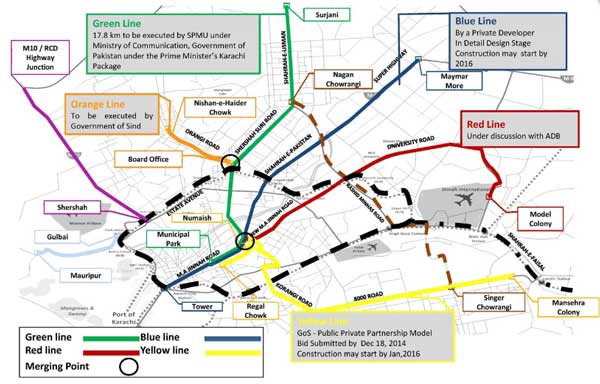 This is the initial map of the BRT System of Karachi with all parts of the metrobus projects. As it is an earlier version many changes are not reflected such as the extension of Green Line till Karachi City Railway Station. 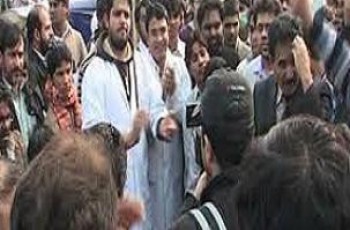 Gujranwala: MS Doctor Zafar Iqbal has told that the local … 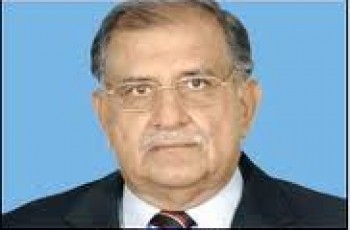