Hassan Niazi is a human rights activist, a lawyer and a founding member of Insaf Student Federation (ISF) which is the student wing of ruling Pakistan Tehreek Insaf (PTI). His relations with Imran Khan are more than political affiliation as he is also the nephew of Prime Minister Imran Khan.

Currently no wikipedia profile is available for the nephew of Imran Khan, this biography will provide all details which people want to know about him.

Hassaan Khan Niazi was born in the house of Hafeez Ullah Niazi in the city of Mianwali, which is also the hometown of Imran Khan. Details about her early life and siblings are not known, except that he completed his education till graduation from Pakistan.

Then for higher studies he left Pakistan and joined City University London from where he studied international human rights law for his Masters degree.

Hassaan Niazi is among the founding members of ISF which is the student wing of PTI and was head of the student party before his departure for London. Even in UK he was very active in his political activism and was also criticized for some of his acts.

One of the controversies was throwing a bottle towards Bilal Bhutto while he was part of a rally being held for Kashmir, he always passed comments against PPP leader for which he later apologized.

He was active during lawyer’s movement against General Musharraf and was also part of campaign calling for the release of Dr. Afia.

After coming back to Pakistan he was not only active politically but also started human rights activism. It was Hassan Niazi who took the case of Khadija Siddiqi, a girl who was stabbed 23 times.

He also claimed that Meesha Shafi team threatened him with fake allegations.

In 2019 he was once again in news after it was revealed that he was part of protesting lawyers who attacked Punjab Institute of Cardiology (PIC) in which many patients lost their lives.

Initially Hassaan Niazi tweeted in support of the protest but later backtracked saying “I condemn my own self for supporting this protest”. Police also raided his house to arrest him after a video went viral in which he was seen in the protesting mob.

Currently he teaches Public international law at the Blackstone School of Law, he also established Law Clinic in the same institution which is carrying the case of Kasur regarding kidnapping, abuse, rape, extortion and child pornography. He is also part of Criminal Law firm of Azam Nazeer Tarrar & Associates in Islamabad.

He regularly shares his opinion on social media where you can connect with him:
Facebook: https://www.facebook.com/HassaanNiazi198x/
Twitter: @HniaziISF 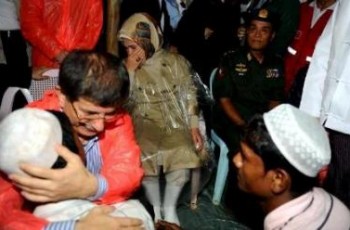 Islamabad: The visit of Turkish delegation to the affected areas … 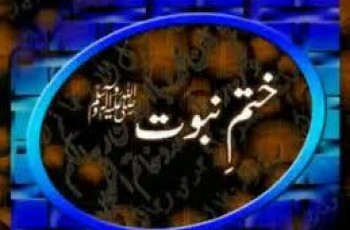 Lahore: All Punjab Annual Khatm-e-Nabuwat Conference will be held here …