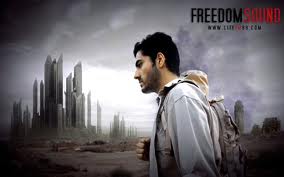 Freedom Sound is a Pakistani Movie that is scheduled for release this year. The movie has been directed by Nadir Hussain and produced by Sehban Zaidi. The movie is set in the future, 30 years from now and depicts the story of the future of Pakistan. The main role is played by Adeel Hussain, whose character envisions Pakistan under the leadership of a strong ruler. Mehreen Raheel will also be seen with Adeel Hussain. Lucid Studios gave the film’s visual effects.

The movie has been production since past few years and its release had been postponed. The cast includes Adeel Hussain. He has been acting since 1990. His career initiated with Zeba Bakhtiar’s drama serial ‘Aa Mera Pyar Ki Khushboo’. He has also been a part of the city FM 89’s breakfast show and has appeared in various advertisements as well. In addition, he has acted in a couple of music videos and tele films like ‘Duniya Goal Hai’ that was shown in the Kara film festival. He is however recognized for his superb acting in Daam, Mata-e-Jaan Hai Tu and Mera Naseeb.

Mehreen Raheel is part of the TV industry for quite some time. She has acted in a variety of roles. Her role in Daastan, Meri Zaat Zarra-e-Benishan, Mastana Mahi, Ashk and Zindagi Gulzar Hai was exceptional. She has also been a part of the Ufone commercials with her comic appearance in these commercials. She is the daughter of actress and social activist Seemi Raheel and is well known in the TV industry.

The local sports have been neglected since long. Private channels … 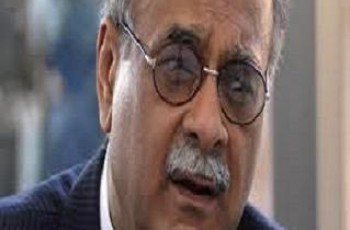 Islamabad: Pakistan’s Electronic media is undoubtedly the most futile medium …