Prince William & Kate Middleton, the Duke and Duchess of Cambridge, will be visiting Pakistan from 14th to 18th October, 2019. This will be the first visit by Britain’s royal family in recent years.

The last official visit by members of royal family was by Charles and Camilla, the Prince of Wales and the Duchess of Cornwell, in 2006 during the era of General Musharraf.

According to media reports the current trip to Pakistan was requested by Britain’s Foreign and Commonwealth Office.

The most famous royal visit was by Princess Diana’s visit in 1996 when she was invited by Imran Khan and his wife Jemima Goldsmith for fund raising of Shaukat Khanam Memorial Cancer Hospital.

There were rumors about their visit until the official announcement about the royal trip was made by the Kensington Palace through their official account.

The details about the trip are not revealed but it is expected during the stay they will meet Prime Minister Imran Khan and will visit different cities of Pakistan such as Islamabad, Lahore & Karachi.

Who are Prince William & Kate Middleton?

Prince William is a member of British Royal family, he is the elder son of Charles (Prince of Wales) and Lady Diana (Princess of Wales). He is the grandson of Queen of the United Kingdom Elizabeth II.

He married Catherine Middleton who is mostly known as Kate Middleton, after marriage she became Duchess of Cambridge and a member of the royal family.

They have three children Prince George, Princess Charlotte, and Prince Louis. It is expected that the royal family will be accompanied by their three kids during the visit to Pakistan. 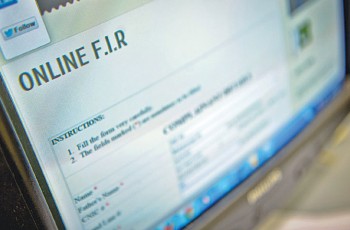 Online registration of FIR was launched in December 2015 by …