In Pakistan and Indian culture you cannot expect a bride without Mehndi on her hands, this has given rise to Bridal Mehndi industry with numerous beauty parlours competing with latest henna designs to be the leading choice for brides.

These Mehndi designs have also become integral part of Eid celebrations where young girls & kids are most enthusiastic about getting their hands beautified with modern mehendi art.

Pakistan, Indian and Arabic Mehndi designs are the most famous types of Mehndi. Each type comes with classical and new designs according to the culture and likes of that particular area.

In Pakistan you cannot imagine a dulhan without Mehndi on her hands, during wedding preparation especial attention is giving to the details of Mehndi.

Hundreds of suggestions are taken, design books, images, pictures and videos are checked and then the best Mehndi design is chosen & downloaded for the artist to copy. 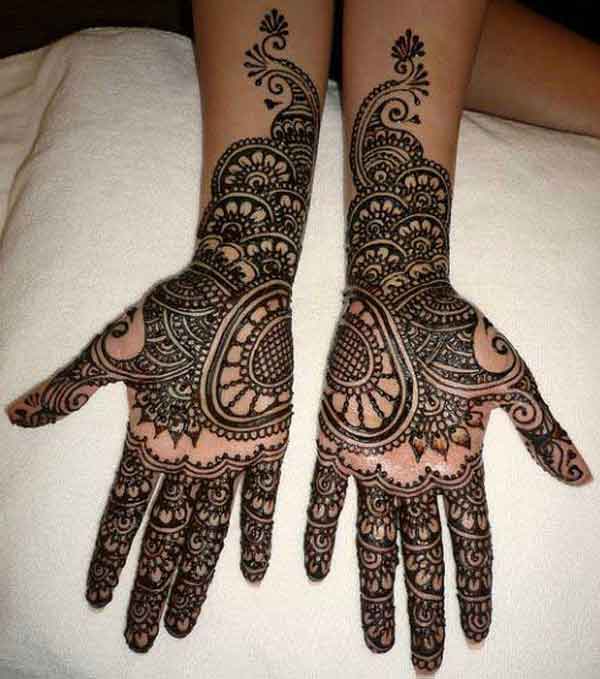 Many people prefer complete pattern designs which cover the full hands fully making it a gorgeous piece of art. 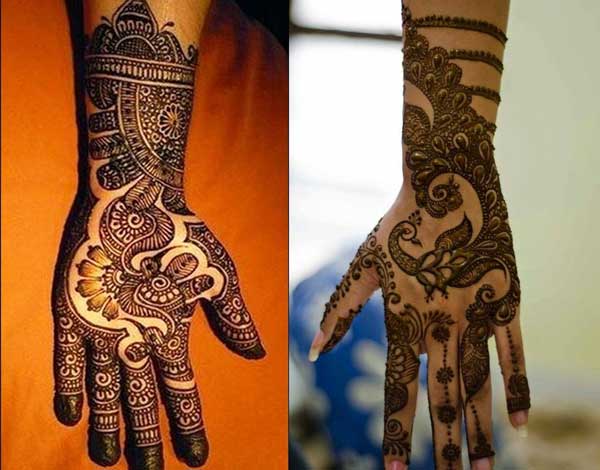 Others prefer designs with peacocks which usually reflects a complete design when both hands are combine together. 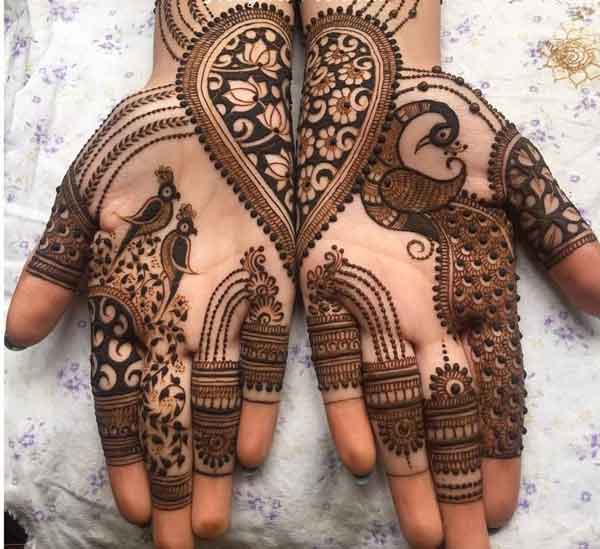 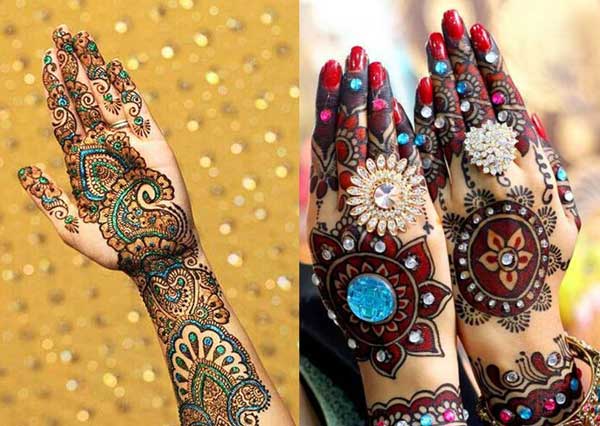 A new trend which is starting to grow in certain parts of the country is glitter Mehndi. They can be some simple design with colourful glitter to make it more attractive or traditional Mehndi design with a simple touch of glitters to beautify the design. 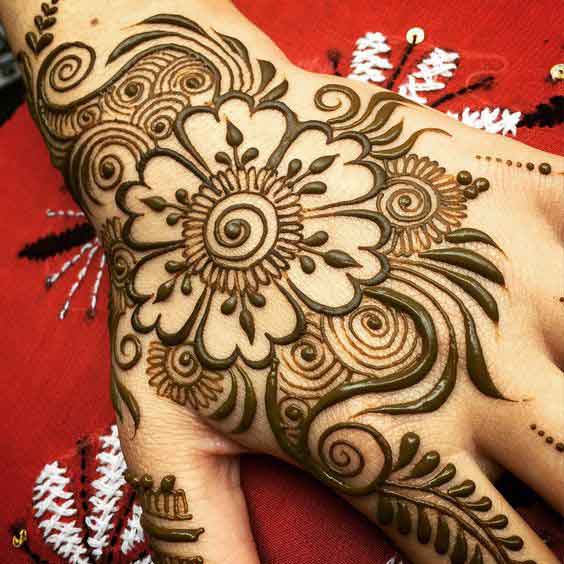 It is one of the most common Mehndi designs which you can find any part of the world. It is simple, easy and suits no matter what culture you belong from. Check these photos: 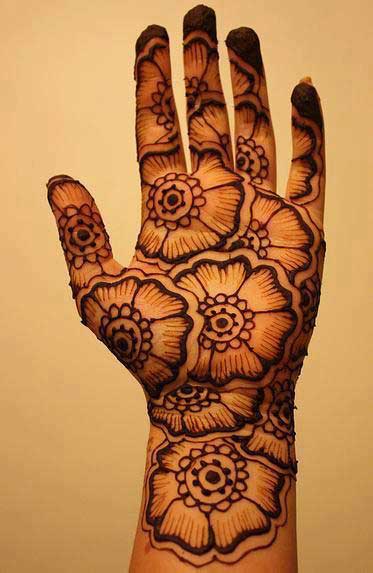 It is not famous among brides rather it used by participants in marriages/weddings or by ladies during Eid as it is simple and requires less time to be completed. 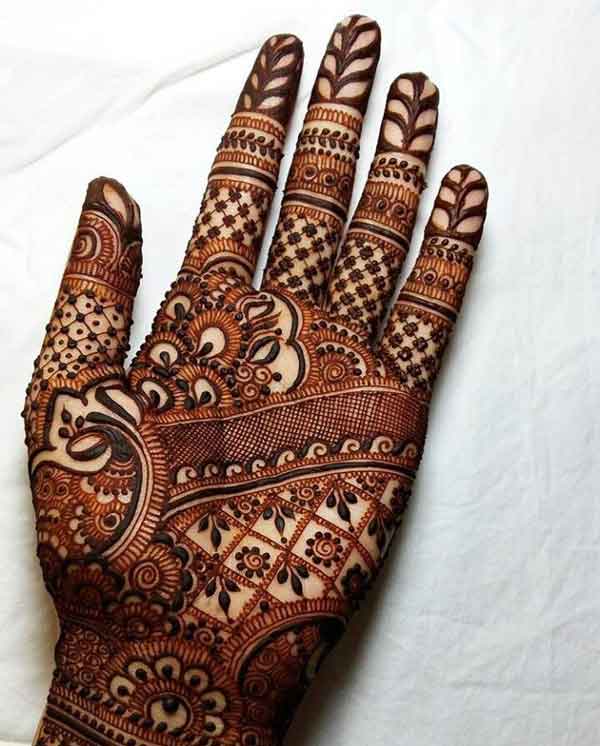 All Pakistani Mehandi designs are used in India, some prominent Indian design includes: 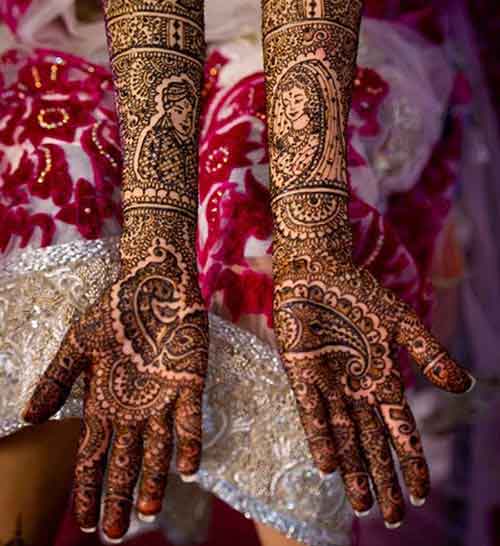 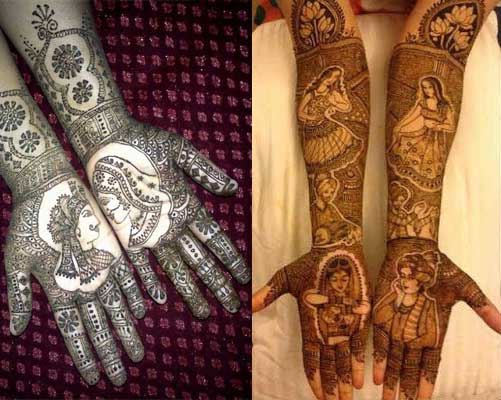 Another aspect of Indian henna design is that they also draw the figures of bride and groom more commonly in their Mehndi designs. 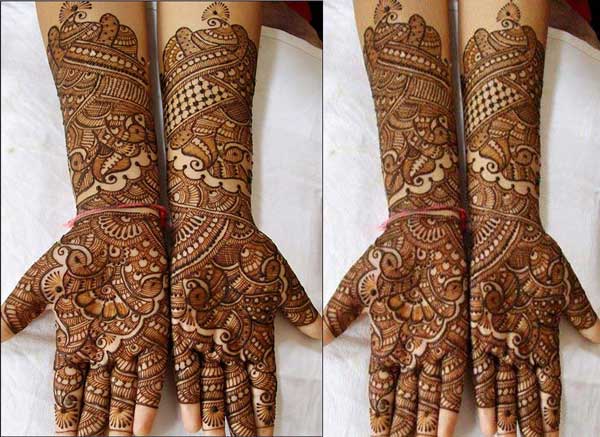 In India Rajasthan Mehndi design are also very common with a variety of new design they are very common not only in Rajasthan but also other parts of India. Check this photo of Rajasthan design: 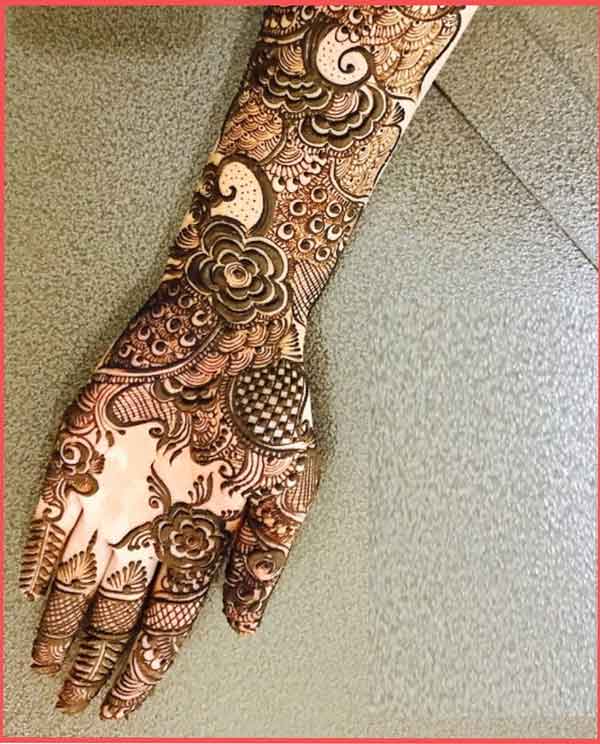 Just like Muslims in Pakistan and India the bride in other parts of Muslim world especially Arab world also wear henna during wedding.  In western world Mehndi is also used to make tattoos on the hands or other parts of the body.

During marriage people also prefer to use Mehndi on their feet. Did you also used Mehndi during your marriage or are you planning to use Mehndi on your wedding? Which design do you liked the most? Let us know in the comments section. 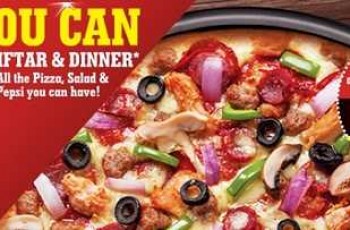 Well folks! Your favourite Pizza franchise has launched a new …