Rawalpindi: Awami National Party (ANP) Senator Zahid Khan Son’s mobile has been snatched in the area of Westridge Police Station Rawalpindi. The armed robber took away his cell phone and precious things. According to the Police Dr. Suleman Khan said that he was going to his house at Pedal line number 6 some unknown motorcyclists came and grab him and snatched his mobile and his precious things.

According to the Police Suleman Khan is the son of ANP Senator Zahid Khan. He requested for the FIR registration against the unknown persons which is has been registered. The Police said that the EMI number of the mobile is not available because of which police facing some difficulty in investigation.

The police said that they have started their investigation against the robbers and hopefully they will get some good result within few days. 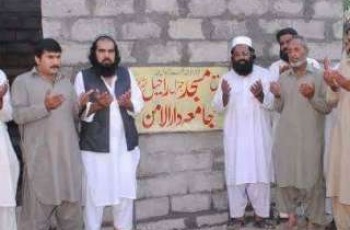 A group of Khokhar community has laid the foundation stone …

Pakistan film Waar which is in news from the last …