Pakistan’s famous TV Host and RJ Sahir Lodhi has resigned from Geo TV after some conflicts with Channel Management. Though he has no serious problems with Geo TV and he is happily leaving Geo, some web portals claimed that he had some issues with Geo. According to AwamiWeb media Correspondent, Sahir Lodhi disputes with Geo TV were not much serious.

Sahir announced about his decision in “10 Tak Ke Baad with Sahir Lodhi” Show. In his 26 November show he told his fans about this decision. He has signed contract with another channel which is most probably a satellite channel of Pakistan. On that Channel, Sahir will host late night weekend show. He may be left Geo due this new offer. Sahir will be On-Air from that channel after approximately one Month.

His many fans knew already that he is deciding to quit Geo but it was came true on 27 November when Sahir announced his decision in show. His 30 November Show will be last show on Geo TV. It’s worth mentioning here that “10 Tak Ke Baad” will continue with any new host.

Jago Pakistan Jago on every Friday presents a show on … 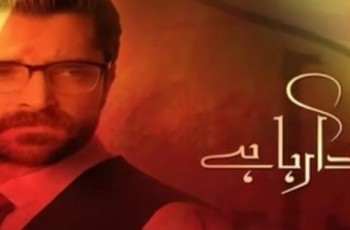 One of the leading entertainment channels of Pakistan, Hum TV …