Peshawar: The complaints of the public of Khayber PakhtunKhwa are not only being listened but are also being solved. The provincial government of KPK in their complaint cells are listening and solving public’s complaints. This action of the provincial government results in gaining the trust of majority of citizens. The Complaint and Redressel Cell (C&RC) is doing the best job, according to the public.

According to the public their problems are being solved only by a phone call to the cell. The cell has provided facilities of emails, calls and letters. The public also says that there is no need go and stand in a queue to register your complaint, instead a phone call, letter or email can solve the problem.

In a press release that was issued from the cell on Sunday states that many people has registered complaints and all of them were solved in time. In detail it was mentioned that a lady from Mardan named Khial Bibi had complained that her husband was killed in a bomb attack and she still was not paid with the compensation. The complaint was then forworded to the commissioner of the city and the problem was solved within the time.

Likewise many other complaints were registered in the cell which was solved accordingly within no delay of time.

Islamabad: About 16 percent of the Pakistanis wear sight glasses … 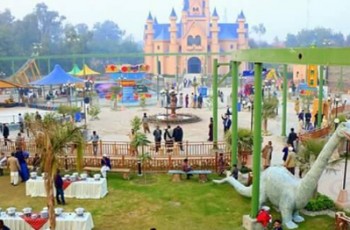 SS World Amusement Park have been opened in the city …