Ammar Belal is a famous Pakistani fashion designer who established his own clothing brand and is among those designers who left a visible footprint on the fashion industry.

This is a brief profile and biography which will reveal details about his early life, education and then professional career.

He was born on 30th October in the family of Pakistani businessmen Khwaja Belal. His father’s business in textile industry was related to manufacturing sportswear for American clients which included many leading brands. This early experience was a major influence on his decision to become a fashion designer.

His mother Sameena Belal is also from Lahore but is now settled in Geneva. His younger brother is Umar Belal and sister Sarah Belal.

Ammar spent his life in Lahore from where his family originated and in Boston (Massachusetts) and Geneva (Switzerland). He started his schooling at Aitchison College, then Collège du Léman in Geneva and later Weston High School in Bostan.

He also stayed in London, UK from where he completed his graduation and then did internship at Selfridges as a Merchandising Assistant. It was during his stay at London that he realized his passion for design industry.

Ammar Belal is the only fashion designer from South Asia/Middle East region who was accepted for the Master’s of Fine Arts (MFA) program at Parsons School of Design, New York.

Now he is part of the teaching faculty at Parsons School of Design in New York, which is considered a huge success for him.

The start of professional career of Ammar Belal dates back to 2002 when he launched his made to measure denim. It was a huge success as his AS Jeans gained popularity and was profiled by Women’s Wear Daily (WWD) which is considered the holy book for fashion industry.

His street wear brand ABCD was a huge success which was Pakistan’s first luxury menswear label. Soon the brand expanded to different cities of Pakistan given fame to the emerging designer of Pakistan.

It was due to his talent that he received numerous awards which include:

During this period he also worked for 3.1 Phillip Lim which is a world renowned brand with more than 400 boutiques and department stores across 50 countries. He also worked at Ralph Lauren which is known in the fashion industry since 1967.

Ammar Belal established a clothing brand on his name with retail outlets in Lahore and New York where his uniquely designed menswear and womenswear both are displayed.

They follow customized suits rather than mass production which means all suits are custom made by a single artisan while considering the need of each customer. Though customer can choose from ready to mate suits but Ammar Belal also offers custom made clothing.

At the outlets you can get:

The address for the outlets is as follows:

The cost of custom suits and jeans for menswear are as follow:

Ammar Belal was engaged with his childhood friend Aaminah Haq who is a known name in Pakistan’s fashion industry. In 2009 they decided to get married after one year of their engagement.

The wedding event was a family event in which only close family members and friends from the industry were invited. After marriage Aaminah left the modeling industry and started a new family life but in 2018 some media outlets revealed differences between the couple and indicated that they have decided to take divorce. 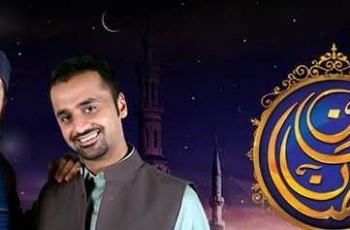 The Holy month of Ramazan is approaching and TV channels … 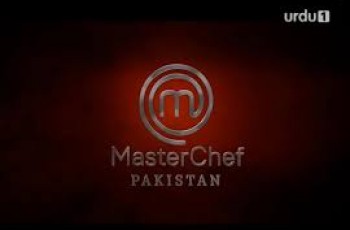 Master Chef Pakistan is an upcoming Pakistani cooking competition based …