Fawad Mohammadi is a 14-years-old Afghan kid and he was seen in American director Sam French film, Buzkashi Boys. the movie has been nominated for Best Live Action Short Film at the Academy Awards which will be held on 24th February.

Before the film Fawad Mohammadi was map sellers on the streets of Kabul’s famed Chicken Street. He usually sold his maps to foreigners, one day he ran into director Sam French car. Sam decided to cast him for one of the characters in his film Buzkashi Boys which is entirely shot in Afghanistan.

Fawad Mohammadi while talking with media said: “The adventure would be a great privilege for me and for all of Afghanistan to meet the world’s most famous superstars,” He further said “It’s truly such a great feeling to go to the Oscars. I had never thought about it. I still don’t believe it. 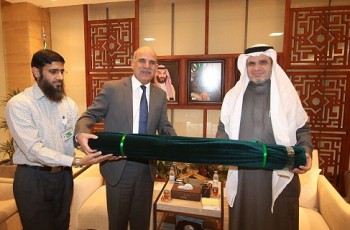 Meat One is Pakistan’s favourite brand for beef and mutton …