Shart is a new drama serial that has been launched by Urdu 1. The serial will be aired every Friday at 9PM. The serial is based on the same old story line that seems to have become a favourite for the script writers. That is a story of men who coquet their way through their lives and maintain extra marital affairs successfully. The story’s main characters are played by Danish Taimoor, Ayesha Khan, Jibran Syed and Nida Khan.

The serial revolves around four friends and two couples with a challenge to prove that all men are philandering, are easily persuaded and two unsuccessful marriages. The sound track of the serial has been released which shows the challenge successfully accomplished to the characters dismay. Danish Taimoor has proven his mettle in the recently released Jalaibee, while Ayesha Khan is one of the talented actresses of Pakistan. Jibran Syed gave a mind blowing performance in a recent drama serial Chup Raho.

Ayesha Khans character seems to echo similar characters played by the actress from the previous serials, which asserts the need for Ayesha Khan to venture for more diverse roles. Nadia Hussain will be appearing as a guest star in this serial. 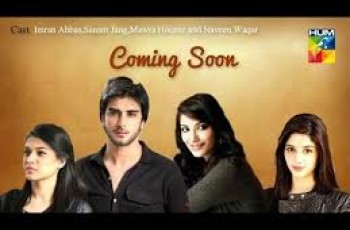 Good news for viewers, Sanam Jung isback and will be …

Geo Shan Say on 20th June discussed about getting the …