Lahore: The famous and well-known Pakistani actor and host Sania Saeed can’t escape from the cameras and were caught at the airport. According to the reports, Sania Saeed was in anger for unknown reason when she reached from Karachi to Lahore through National Airline. When her fans were trying to close her, she lost her control and showed a sense of anger at the airport.

After a while Sania Saeed realized that cameras are capturing her, she control herself and moved away by protecting herself from the eye of the camera after disappointed her fans. Sania Saeed has wowed Pakistani television audiences with her acting as she has recently won the Lux Style Award for Best TV Actress. She first appeared in 1989 to perform street theatre play “AURAT” for PTV as she became dynamically involved in theatre during the ’90s.

Sania Saeed was seen at her very best as she acted the shades and tones of the characters very well. She has made her name in the industry due to her terrific acting and performance. Sania completed her graduation from Karachi University, Honours in Clinical Psychology and she did her intermediate from from PECHS College for Women and matriculation from St Joseph’s Convent High School, Karachi. 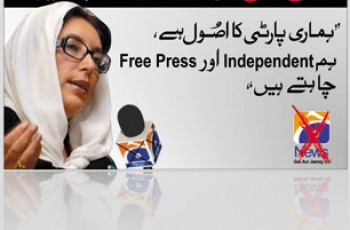 Jang Group Network claims that after ban of Geo news, …

Organizer of “Mahi Arts and cultural organization” Maha Zafar has …