There are different penalties for illegal hunting of protected species.

There are imprisonment of minimum two months and maximum 12 months plus a fine between Rs300,000 and Rs400,000 for illegal hunting of Ibex and Urial.

The illegal hunting of Chinkara deer and hog deer carried a penalty between Rs100,000 and Rs200,000 with imprisonment up to two months.

The penalty for illegal hunting of hare was between Rs100,000 and Rs150,000 with imprisonment between one month and six months.

The illegal hunting of partridges, Sand grouse and waterfowl (ducks) carried a penalty of at least Rs250 for each game bird and up to Rs100,000 with imprisonment between 15 days and three months.

In addition to these penalties, compensation up to Rs50,000 was recoverable in every offence under the Sindh Wildlife Protection Ordinance, 1972.

United States have released interrogation tapes of the alleged American … 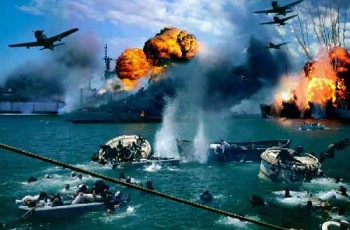 Pearl Harbor Attack by Japan is the biggest foreign attack …