A new channel named “ISLAMIC” has been launched in Pakistan. It has started its test transmission and in the next few days ISLAMIC channel will begin its regular transmission. Now a day’s Hamd, Naats Quran recitation with Urdu meaning are aired on the channel.

The channel has started its transmission just before Ramadan which is a good timing as people watches Islamic channels more in Ramadan than other time. No official website or facebook page o ISLAMIC channel is created till now. 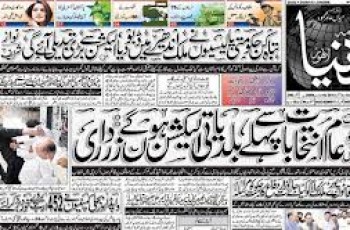 Lahore: Finally after much waiting, the official website of newly …