Admissions for the PhD program in the lasers and semiconductor physics is now open. Admission forms are now available at the website pieas.edu.pk. These forms should be filled and then attached with the attested copies of the required documents and a bank draft or pay order of Rs 2000 in the name of head LAO, NILOP. The fee structure is given on the website.

The candidates will be selected and then will be interviewed. The candidates should bring their CNIC, original certificates, thesis/reports and a copy of publications at the time of the interview. The last date to submit the application is 22nd December, 2014. Interviews will be conducted on 29th December, 2014 and the classes will commence from 26th January, 2015. The institute offers PhD in laser spectroscopy, laser cooling and trapping, time and frequency standards, femtosecond lasers and ultrashort pulses, quantum optics, optical interferometry and sensors, biophotonics, micro/nano fabrication, micro electro mechanical systems, thin film growth and characterization, metamaterials and plasmonics and Thz photonics.

Candidates must have a minimum qualification of MS/MPhil in Physics, mathematics, electronics, chemistry or other relevant field from HEC recognized university. The candidate should also have at least 3 CGPA and a GAT subject test conducted by NTS. 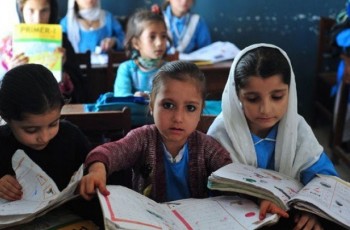 Private schools in Pakistan have made the habit of taking …