Mahleej Sarkari who is said to be former Miss Pakistan is now a days hosting s a show ‘Moonlight with Mahly’ on music channel Oxygene. The show contains vulgarism and nudity. The show Moonlight with Mahly reminds me of Love Indicator of Vibe TV which was hosted by another controversial TV host Mathira.

Mathira wore exposing clothes in the show and most of the time she talked vulgarism with callers. Same like Mathira, Mahleej Sarkari is also wearing controversial dresses which are not suitable in our society. She also talks vulgar and chooses vulgar topics in her show.

Moonlight with Mahly is telecast by Oxygene on every Wednesday and Friday night at 11:00 PM. The show should be banned immediately as its is only promoting bad things which is not good for the society. 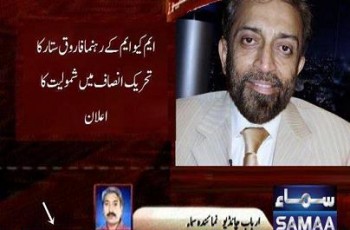 A humorous picture is circulating on Facebook. In first look …

Karachi: Habib Bank Limited is much known for its well …