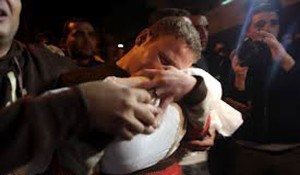 Gaza: The truce between Israel and Hamas has been started for 12 hours as Israel announced today early morning. The truce started at 9 AM in accordance with Pakistan Standard time and it would continue till 9 PM in the night. Israeli Prime Minister Benjamin Netanyahu ensured to the US Foreign Minister John Kerry to bring a truce on Gaza.

It is important to mention here that despite the announcement of the truce by Netanyahu, Israel continued bombardment and genocide of the innocent Gaza people. 23 more innocent Palestinians were martyred due to Israeli cruelty and the death toll reached up to 888 in Israeli attacks that have been continued for nineteen days.

According to the defence minister of Palestine, Al-Najjar family in the village Khuza’a near Khan Younis was hit by the Israeli bombardment in which 18 innocent people were martyred whereas several others were seriously injured. According to Gaza medical services, 23 Palestinians including 4 children were killed by the Israeli attacks before the truce started. It is pertinent to mention here that 888 innocent Palestinians have lost their lives in nineteen days of war whereas 39 Israelis have also been killed by Hamas.

On the other hand, the Egypt government is showing its cruelty by not letting to pass aiding caravans or teams for the help of Palestinians. The president of Egypt General retired Abdul Fattah Al-Sisi toppled down the government of Muslim Brotherhood as a dictator and killed many people in the country. Since his coup, the Rafah boundary attached with Gaza has been closed. A large number of aiding teams in order to help provide medicines and other necessities to the Palestinians are staying at the Rafah border after the Israel started attacks on Gaza but unfortunately, the Egypt government is not allowing them to enter Gaza. 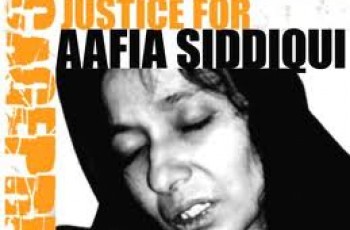 New York: The appeals court of United States of America …