Bahawalpur is the princely state of Punjab and the 11th largest city of Pakistan by population as per census 2017. Nawab Bahawal Khan I founded this city in 1748. Bahawalpur boasts a treasure of historical landmarks that many have never heard about in their lifetime. This article will give you an expert opinion about the famous landmarks of Bahawalpur. It’s time to pack your travel bag and put on your travel shoes because this article will compel you to head towards Bahawalpur for a tour.

Derawar Fort: A Majestic Sight Visible from Several Miles in the Cholistan Desert

Derawar Fort is a mighty square fortress with a perimeter of about 1500m and a height of 30 meters. It presents an enormous and impressive location in the heart of the Cholistan desert. Cholistan Jeep Rally is also held every year in the Cholistan desert near the historical building of Derawar fort.

Jeep Rally is quite popular all over Pakistan, and tourists from far-off locations come every year to get themselves mesmerized by sight.

Noor Mehal: An Architectural Marvel that should be a Part of Your Itinerary

Noor Mehal is one of the famous historical landmarks in the princely city of Bahawalpur. According to one of the stories, Noor Mehal was built by Nawab Adnan Abbasi IV owing to his love for his wife. The best modern architectures built this palace, thus an undefeated castle in its design and architecture.

Noor Mehal has its museum demonstrating the history of Bahawalpur with old coins, currencies, swords, and much more than that was under possession by Nawabs of that time.

Currently, Noor Mehal is under the supervision of the Pakistan Army, but it is open to the general public.

Central Library: An Asset of no Match

Bahawalpur Central Library, also known as Sadiq Reading Library, was built by Sadiq Muhammad Khan Abbasi V. It is the second-largest library of Punjab, Pakistan. It is one of the famous points of tourist attractions in Bahawalpur.

The central library contains three portions. One is the children’s portion containing an incomparable collection of books for the children of school age. The second portion of the library has about a hundred thousand books and a repository of historical documents. The third portion boasts about the audio and video archives related to the history of Bahawalpur.

Everyone who ever goes to Bahawalpur should visit this prominent place.

Al Sadiq Mosque: A Magnificent Building in the Heart of Main Bazar

Al Sadiq mosque, with its dignified building, has the capacity of about sixty thousand worshippers. About 200 years ago, Sufi of the religious clan and spiritual master of Noor Muhammad Maharvi, Nawab of Bahawalpur, built this mosque renovated by Sir Sadiq Muhammad Khan Abbasi in 1935. The mosque is only open to worshippers and not to tourists. But tourists can get an impact of its beauty from outside.

DarbarMahal is another famous palace of Bahawalpur. The Nawabs of Bahawalpur used this building to discuss all the government matters of the Princely State of Bahawalpur. Darbar Mahal is a part of the majestic landmark of Bahawalghar Palace Complex that contains many other palaces. These palaces include Nishat Mahal, Farrukh Mahal, and Gulzar Mahal.

Darbar Mahal is currently under the charge of the Pakistan Army and is only available to tourists having prior permission letters or reference letters.

Darbar Mahal rests on a 75-acre garden and has a building according to a style that combines local, European and Arabic architectural designs. 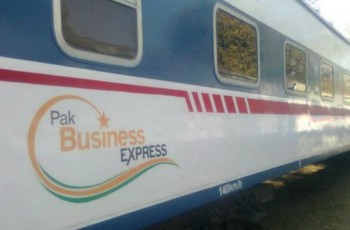 Pakistan Railways has taken total control of Business Express. According … 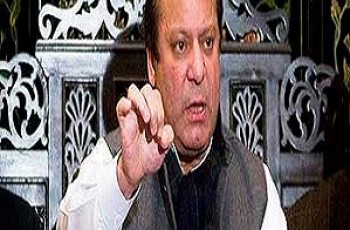 ISLAMABAD: Pakistan Muslim League-Nawaz lawmakers have announced that in protest …