ON Thursday 20th December, Russia’s president, Vladimir V. Putin, publicly announced, “We are not concerned about the fate of Assad’s regime.” As Free Syrian army, al Nus-rah Front & co extirpator pro Assad forces Russia too losing the faith in Bashar al Assad. It is evident that Russia, Britain, France along with Turkey, Qatar, Saudi etc are gathering their acts together under US umbrella to formalize post-Assad era for the sake of US interest in the region abying whatever means on the table.

For the past two years or so US trying to save the blood guilty bestial system and its relics through her allies like Arab league, Turkey, Saudi, France, Russia and not to forget Iran, all these so called stake holders presented solutions of a kind which one way or another helped Assad to keep murdering the Muslims in Syria with ease, nevertheless all US efforts went desolate due to venturous and well informed Muslims of Syria. Now it is evident as a day light, who is behind all deviations from Turkey, Arab league and other US allies, off course its USA.

Farouk al Shara after participating in bloodshed of innocent Muslims for the sake of Assad ,whole heartedly supported Assad’s regime in murdering more than 50,000 Muslims for over 21 months, now unanimous choice of colonial subservient Muslim rulers specially Erdogan (the front-liner of US policy in Syria) along with Qatari’s and Saudi’s , Syrian vice president Al Shara said in an interview on 15/12/2012 “It is obligatory on us to defend Syria and not to fight for the sake of a person or regime”. It is the Headship of Syrian regime the US, first ordered Mr. Farooq Al Shara to swim in the blood bath of innocent Muslims with Assad and now it is again US who has given the signal to Al Shara for jangle his recent statement.

How this is acceptable for intellectuals around the globe and especially for leaders of Muslim world, to accept same savage systematization and its relics after over 50,000 Muslims murdered, hundreds of thousand wounded and millions are forced to live as refugee in their own home land and in neighborhoods, throw orphans and widows at the hands of same ferocious capitalist democratic system the Muslims of Syria have revolted against. However people of Syria have sacrificed a lot for the sake of ALLAH (SWT) and are unmoved by US endeavor to cast political solution via peace plans put forward by Turkey and Iran.

America also mustering up Britain and Russia along with other US allies for anticipating Libya style solution if needed or to completely destroy biological weapons and infrastructure of Syria as a last resort if Syrian people succeeding in rejecting all the purposed solutions thrown at them from US allies. The recent signal from British general to move British troops , strike aircraft and naval power to gulf and middle east  is a part of that preparation as British Gen. David Richards said at the royal united service institute London “Should the need arise for another Libya-style operation, we will be prepared. This would greatly enhance our ability to support allies as they contain and deter threats and, with our naval presence in Bahrain, air elements in the UAE and Qatar, and traditional but potentially enhanced roles in Oman, Kuwait and Saudi Arabia, would make us a regional ally across the spectrum”. And on the other side Russian warships are heading to Mediterranean at Syrian coast. France and Turkey are also aliened with American devious plan. 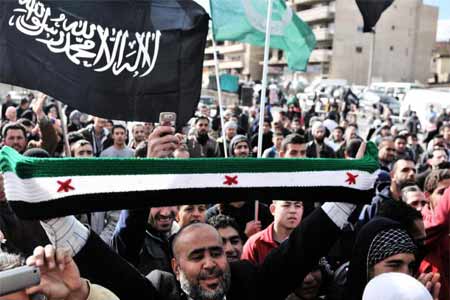 To the north, US troops arrived in Gaziantep a province of Turkey on January 3rd to make Patriot air to surface misses operational along Turkish border with Syria, two batteries will be installed by US in the coming weeks, 360 Netherlands army and air force personals will be posted on the borders near Syria and around 400 German Army men already arrived in Turkey in December 2012 in which 170 of them are patriot missile specialists.

In past two years American reign in Arab and in some other Muslim countries has been seriously challenged by Muslim Ummah via number of uprisings. Of which most distinguish is Syria. These uprisings are conveying evident signal that Ummah detest to demount Islam from her systemization which US and western powers resultant for past ninety odd years only through the help of contumelious rulers of Muslim world.

Here the question arises! Why after sustaining 21 months foray from Assad now out of the blue US bidder every possibility to stop the bloodshed of Muslims in Syria? When Assad and his regime is on the brink of grave due to courageous Muslims of Syria and desiderate of Muslims is close to the bone certainly the above mention stroves from US and her allies are not to provide shelter to Muslims rather the latent capital is, all the western powers and cringing Muslim rulers are gathering under the flag of America to evade partake Islam in political lives of Muslims.

Despite all these efforts from US administration along with her front liners, no matter she provide a covert support to Assad or fashion any Libya style stunt or any other conduct will not abrade the writing on the wall i.e. The Caliphate. Muslims of Syria are well aware of the importance and obligation of adhering to political Islam and will not give any scope to US in her ambitions to drag out the secular nation state capitalist system and Ummah realizes the fact that it is only the Caliphate through which Islamic world can break the shackles of American hegemony.

By: Mohammad Adeel is a political observer who heeds specially on comings and goings in Muslim world. 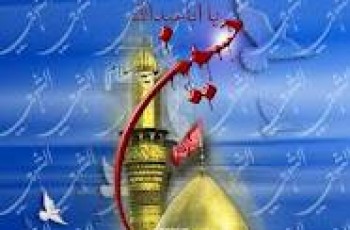 Imam Husain knew that it was important to tear the mask … 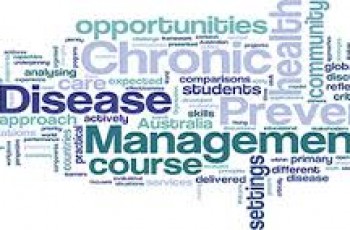 Chronic Illiteracy is one of the major problem these day. …