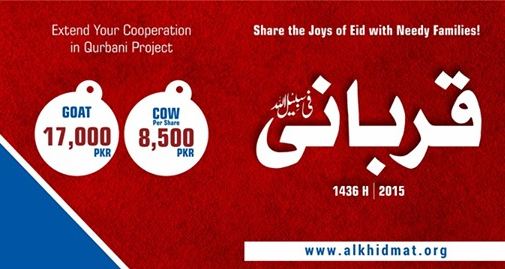 One of the biggest charitable organizations of Pakistan, Al-Khidmat Foundation has announced Qurbani rates of animals for the year 2015. At the religious event of Eid ul Azha 1435 Hijri, Al-Khidmat is offering Qurbani of a Goat for just 17,000 Pakistani Rupees, while a share of Cow is offered for just 8500 Pakistani Rupees. With the tagline “Share the Joys of Eid with Needy Families”, Al-Khidmat Foundation has announced that Qurbani meat will be distributed amongst the needy and deserving people in all around the country. However, flood victims of Punjab and Sindh will be on priority for the distribution of Qurbani meat.

Al-Khidmat Foundations is one of the largest charitable organizations of Pakistan which has network in all over the country. The organization took part in almost all the natural disasters of Pakistan and helps needy people with the cooperation of the public. It is the most reliable and trustable organization which received millions of rupees in terms of Zakat, Fitra and general donations. This non-profit and independent organization operates under the supervision of famous religious party of Pakistan, Jamat e Islami.

For more details about the Qurbani and for bookings, contact “0304-1114222” or you can also get further details from its website “www.alkhidmat.org”. 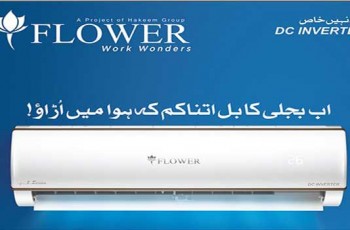 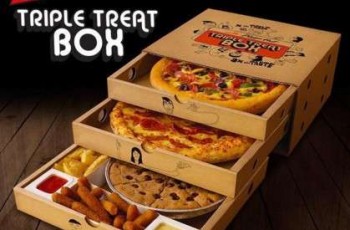 All the pizza lovers get ready to experience your favorite …