If you are an entrepreneur or in love with your entrepreneurial ventures, you usually develop a unique perspective about the world & happenings around you. A perspective via which you start plucking lessons and inspiration with the intention of forging in the betterment of your business. Phenomenons from simple to complex ones can inject an inspiration into you with the potential to change the way you think. And whats the use of that inspiration if you don’t share it with others?

So last week, Pakistan Movie Industry saw a brilliant streak of dawn amidst pitch dark night of despair. With the release of ever-anticipated blockbuster movie, WAAR. And it incremented the magnitude of happiness of Pakistanis by leaps and bounds on festive Eid. Directed by Bilal Lashari and had been in the making for more than couple of years; how can this movie contain invaluable lessons for entrepreneurs?

How come this showbiz venture of Bilal Lashari enlighten the misfits trying to make this world a better place with their entrepreneurial brain childs? Follow along to find out?

Lessons For Entrepreneurs from WAAR Movie:

Generate Hype for your Product:

Look at the patterns. Before the release of iPhones, Apple manipulates media with rumors. Keeping the buzz up about iPhones. Circulations of news with people gossiping what could be in the next product? WAAR movie also followed this proven formula of generating buzz about the release. With the periodic release of eye catching and goose bumping trailers. Released at distant time intervals. Appearance in morning shows during the production. One of the myths that occupy the minds of entrepreneurs is to keep their precious 800lb guerilla brain child in the closets of secrecy.

And they do whatever it takes to keep their secret sauces or USP (Unique selling propositions) confidentials. Asking everyone to sign NDAs before disclosing their idea. Whats the use of releasing a product in the wilderness if no one knows about it? Follow what WAAR Movie did; generated a huge hype with teasers and other marketing maneuvers approaching till the release so that when the product (WAAR Movie) was released; there was a mammoth community (or customers in entrepreneurs jargon) to try the product (watching movie).

Make your Product Remarkable that It may stir Otaku Effect:

Yeah WAAR movie did invest in advertisement. Every business does. As per the market segmentation and opting for the channels to yield maximum replenishment of Marketing funnel. If you are sole convict of this doctrine of marketing, then mate, I am sorry to say but there is yet another perpetual mode of marketing. And thats Word of Mouth Marketing. And Word of Mouth marketing is self-initiated. It happens when people love to talk about you. And it happens without you spending bucks on billboards, TVCs and other marketing channels. It happens if and only if:

you build the product so phenomenal that it acts as a magnet for people to gossip about it. To discuss it in social media. By sharing about your product. By tweeting it. And the buzz in offline world also kindles word of mouth marketing too incredibly. When people talk about your product when dining with friends and families. When they share their experiences with others in the offline world. From one person to another. And as this enigma happens, you have no idea how far the buzz of your product reaches out.

Waar also triggered this formula. The content they produced about their movie (trailers, flyers etc) were so enticing and exhilarating that people just couldn’t resist talking about it on facebook, twitter, SMS and God knows where not. Here is the Golden tip: Viral stuff is either too funny, sentimental or is something that made people feel proud and smart. And people felt proud telling others that they watched the movie.

Design is the Silent Ambassador of your Brand:

Another reason that WAAR was a truly social buzz success is because of the level of their content (direction and production). With production, direction, story telling and score that simply rivals global hollywood blockbusters, it stirred up positive and appraising sentiments among the community. Reciprocation occurred when people saw really positive remarks and recommendations of  their peer on facebook. And those positive user generated opinions proved to be the most influential elements in the mega success of Waar Movie.

So word of advice: Make your product so remarkable that your customer testimonials and uplifted experience enable the marketing of your product happen on its own. Had WAAR compromised on its branding, design & content standards, it wouldn’t have garnered that much hype as it actually did. So first focus on building a great product. And then on building great companies. Focus on your product. Rest is distraction. And don’t compromise on the design, branding and UX part.

Busted: If its not Done before, it can never be done:

This is one of the most defunct yet widely spread myth about entrepreneurship. Especially reproached by judges in startup competitions of Pakistan as per our observation in participating in them: If you are an infant entrepreneur up to doing something that hasn’t been done before, it has become of a legend that it can never be done. If you are tapping a market that hasn’t been tapped before or if someone before has failed in tapping that market before, the phobia strangleholds that it can never be done. People had become disappointed of Pakistan’s movie industry that it has the potential to rival Hollywood in its production. BOL & Khuda K Liye were definitely good flicks but were the creation of big gun Shoaib Mansoor with years of production and direction experience. And here comes Mr. Bilal Lashari. With sheer dedication & astounding approach, he ripped apart this belief. That a new player can deliver in the market and tap a market and can rival big guns. A true example indeed. Inspirational.

So if someone has failed before in doing something and a new entrepreneur is about to do that, prove yourself that Steve Jobs wasn’t right when he said Experts are clueless. What, at worst, can happen? Failure? How about entrepreneurs and philosophers saying that failure is the first step to success? And that if you aren’t failing, you aren’t trying?

Persistence wins in the end:

Everyone knows the delays WAAR movie had to suffer prior to its release. A few years ago, we heard that Warner Bros was backing the production of this movie but then it somewhat got interrupted. And then Bilal Lashari in Nadia Khan show shared another hurdle i.e. Shaan being too busy to appear in movie shooting schedule. Everyone faces hurdles. If Bilal Lashari had given up, had surrendered to these difficulties and challenges; there would be no WAAR yet. If he had given up or had listened to some faint hearted losers around him asking him to not to take risk etc; he wouldn’t have bagged this phenomenal success. And same goes for entrepreneurs: Life will beat you up; challenges will knock you down; disappoint will invade you. But your persistence, belief, passion and will make you win ultimately.

So what other lessons can one learn from this blockbuster movie? Previously we also blogged about the startup lessons learnt from Aashiqui2 bollywood movie. Do check it out too. We wish success to all entrepreneurs in their ventures.

By Irfan Elahi. The writer is CEO & Co-Founder – towntawks, A Division of Whats Up Innovations Pvt Ltd. 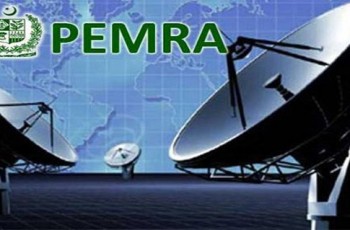