PM Khan visited Karachi for a day for a collaboration and meeting with the leadership of Muttahida Qaumi Movement-Pakistan, in a rally where he addressed with the public.

“Now my first target, who has been on my aimed list for a long time, is Asif Ali Zardari,” the prime minister said.

The former president according to PM is guilty of using “police and thugs to get people killed”, engaging in theft, corruption and laundering money abroad.
“Asif Zardari you are left with less time,” he warned the PPP leader.

Imran Khan also added that Zardari offered funds to PTI members in order to force them to back off PTI. “One of my MNAs told me he was offered Rs200 million,” he claimed.

Moreover, he hit out PPP co-chairperson for pretending and claiming faked sickness when he was summoned for hearings by the National Accountability Bureau in graft cases.
Striking other opposition leaders, Khan called PML-N President Shehbaz Sharif a “boot polisher”. with many excuses in court hearings to get hearings delayed.

“Your time is coming to an end as well, after the next three months you will be behind the bars,” the premier said.

Imran Khan suspected that Shehbaz had illegally obtained and transferred billions of rupees to his son living abroad. PM claimed that he has plans to further reduce electricity prices by retrieving money that Shehbaz’s family looted from the national treasury.

As the Punjab government struggles to battle the spread of … 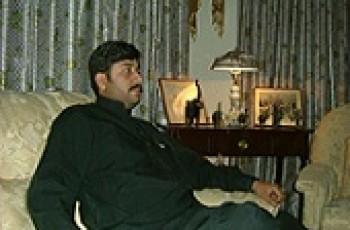