Speaking at the event, Senior Director Hassan Danish stated that Ramada by Wyndham would soon be the No. 1 branded project in Pakistan, as it was being developed in line with international standards.

He further revealed that the project would feature a Rohtas Thermal Club, a swimming pool, tennis court, basketball court, and a BBQ area.

Premier Choice CEO Imran Zia added that the project would be among the country’s top developments due to its unique location, foolproof security arrangements, uninterrupted electricity supply, dedicated parking space for each apartment unit and the presence of international brand outlets.

He also mentioned that the project’s proximity with leading educational institutions and other major facilities would make it an even more attractive investment for potential customers.

Director Project Sales Khurram Hussain also took the opportunity to reiterate the significance of the new development, stating that Ramada by Wyndham’s River Courtyard project would be an exceptional venture due to its supreme location and the provision of state-of-the-art facilities for the residents of the twin cities.

By Mubashir Mahmood. He tweets @mubashirmahmood

Lahore: Pearl Garden, a project of Pearl Residents at main … 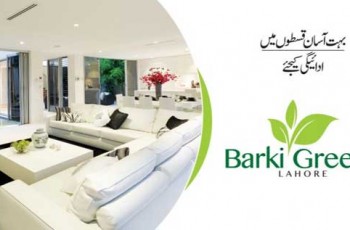 Barki Greens is a residential farm house project where you …