Owners of marriage halls and banquets staged a protest outside Karachi Press Club announcing that they will open their wedding halls and venues which are closed since the lockdown.

It was revealed that all shadi halls in the country will open from August 2, 2020 in all cities including Karachi, Hyderabad, Lahore, Islamabad, Quetta, Peshawar, Faisalabad, Multan & Bahawalpur.

President of the Wedding Hall Owners’ Association Rana Raees said that when government have allowed other businesses to operate under standard operating procedures (SOPs) then wedding halls should also be given the same opportunity.

He criticized the continuous closure of the industry which is forcing people to go into bankruptcy. He explained that not only the owners but the employees in these banquet are also facing problems.

“They [employees] are at a point where they’ve nothing to feed their children,” added Rana Raees.

He also explained that related businesses of marriage lawns such as caterers and florists are also facing difficulties due to the closure of marriage halls.

He further revealed that the protest will expand to countrywide if they are not permitted to open their business. Marching towards Chief Minister house was also considered as an option if their demands are not met, he further added.

Protest was also held in Lahore where Khalid Idris, Punjab Marriage Halls Association President, said that around 4 million are directly & indirectly associated with the industry, which includes 12,000 marriage lawns in Punjab alone.

After the protest Daily Times reported that Punjab Government have permitted reopening of Marriage Halls in the province from first week of September. 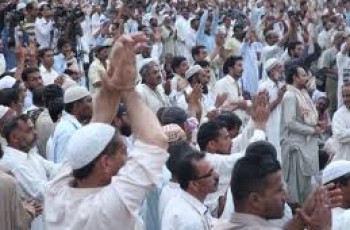 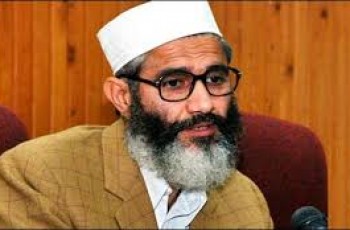