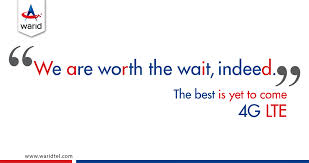 The CEO of Warid Telecom, Muneer Farooqui has finally announced the mega plan of Warid Telecom to establish its 4G LTE network across Pakistan. This is the first time that Warid has talked publicly about its plan regarding the 4G LTE network after keeping a long period of silence. Muneer Farooqui also announced that Ericsson will be its sole collaborator in establishing this network. The competition among the telecom services in Pakistan has become tough as telecom companies are trying to grab majority of the market in Pakistan through 3G and 4G networks.

Ericsson, according to Muneer Farooqui, will lay down the 4G LTE network in Pakistan. Initially, the service will be made available in a few areas of Pakistan while major expansion to other areas of Pakistan will follow later on. The Warid Telecom has made a major investment in this regard. According to Warid, a budget of US 100 million dollars was fixed for laying out the network. Warid has received a funding of US 500 million dollars by its parent group, ‘Dhabi Group’. The group is led by Shaikh Nahayan Mabarak Al Nahayan.

The funding has been provided from within the company, which shows the high hopes of Warid Telecom from this project, as it didn’t prefer relying on external aid. 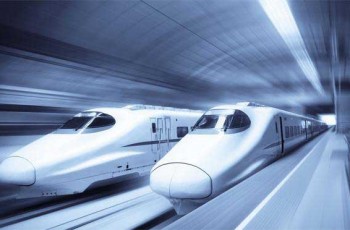 Karachi: Internet acquiring has been launched by Habib Bank Limited …