Waqar Zaka is a famous Pakistani Host who started his career as a VJ and then soon become one of the most popular hosts among youth.

From releasing a song to become a social activist, Waqar Zaka has been engaged with youth. Especially with the rise of social media his influence continued to rise even without any show on TV channels. This biography & profile will reveal details about the life of Waqar Zaka.

Waqar Zaka was born on July 17, 1980 in Iran where his father was working for UN and spent his early years in the metropolitan city of Pakistan. His father Zaka-ud-Din belongs from Punjab while his mother Samia Yaseem belongs from a Kashmiri family. He is the eldest among the 4 children of Zaka Uddin, while 3 others are his younger sisters.

After his birth the family moved to Karachi where he completed his schooling from BVS Parsi High school and then got admission in Admajee Science College where he did his intermediate. Later he joined NED University to complete his graduation in Civil Engineering.

Later he decided to change his field and joined New York Film Academy where he completed his specialization in TV & Film.

The first exposure of Waqar Zaka to the entertainment industry was his song ‘Nahie Parha Maine Poora Saal’ which was released in 1996, this was his first attempt to enter the showbiz world. Then he tried to be a VJ but what made him known was hosting.

He hosted the reality show Living on the Edge which was aired on ARY Musik (formerly The Musik). Due to the roasting format, widest dares, stunts, exchange of harsh words, calling out contestants on their looks and similar acts the show became very popular among youth.

Though he successfully developed a cult following through his show, most people questioned the format of the show and the content which was aired. People criticized that the content of the show as cheap and unethical. No matter people supported or rejected him, the viewership increased.

In 2006 he became the Vice President of ARY MUSIK after which he created and hosted a show XPOSED on the same channel which was also became famous among youth. Throughout his career he remained attached with ARY Musik releasing shows such as King of Street Magic, Desi Kudiyan and The Cricket Challenge.

Later in 2019 he apologized for his behavior during the show and said it only corrupted the mind of the youth. While regretting his past he aimed to produce better content, especially through his YouTube channel. He also works as a blockchain evangelist promoting crypto currency in Pakistan.

In 2013 Waqar surprised everyone after he revealed to contest the general elections which were scheduled to take place in the same year. He submitted his papers from NA-253 constituency of Karachi but secured just 31 votes.

He also gained fame due to his activism, not only in Pakistan but also in Syria for the war affected people and in Burma border for the Rohingya refugees. He also received Pakistan Achievement Award for his use of social media to help people in war affected people.

In 2019 he started auditions for his Champions which are being aired on Bol Entertainment which is part of Bol Network. Despite his earlier regret the show follows the same format of Living on The Edge.

You can follow Waqar Zaka through his social media accounts: 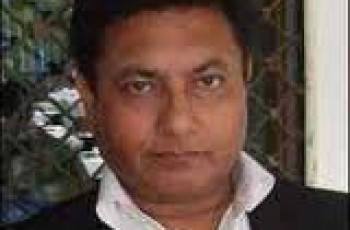 Parvez Jamil Mir, who is famous as PJ Mir, joined … 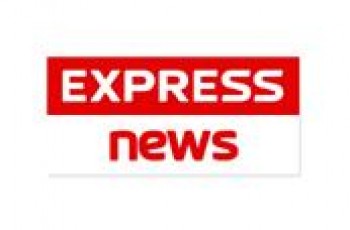 Express news is ready to launch new channel. This channel …