VJ Samra and VJ Madar were guests on Muskurati Morning with Faysal on TV One today.  The two guests talked about their daily works .VJ Madar on the show clarified that he is wrongly perceived as an aggressive man by many people, while in actual he is a nice and easy going person. He said that usually contestants stir anger in him by doing or asking stupid things.

When the hosts asked about whether he feared about being bit by any poisonous insect or animal or feared of any severe injuries on the show ,he said that almost every channels airs such shows and there isn’t anything to fear about, when you have been practicing it for long time.

Pertaining to the questions related to the socio-economic and political conditions of the country VJ Madar said that he considers President Zardari as the wisest leader. He said that we citizens are responsible for our present condition.

He said that wrong attitudes and perceptions are articulated in the minds of people about “foreign” people. We tend to think ill of them, that is the reason we lack behind because we believe in cursing then working for own betterment.

VJ Samra who hosts show on Play TV said that racism is highly prevalent in the societies through out the world. Even Muslim countries are not ready to accept us in their countries. Like usual shows, today show discussed the conditions and sought to gain opinions of celebrities.

According to a web portal, Jang Group blocked Ansar Abbasi … 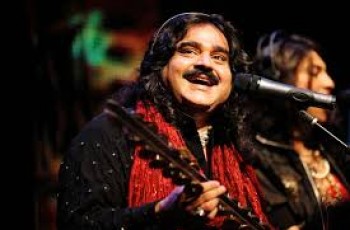 An organization for the cultural promotion and entertainment of Pakistanis …