Two time World cup champion Uruguay beat Ghana in quarter final & reached in semi final after 1970. Ghana who got early success played will in first half. At the end of full time match was draw on 1-1 & extra time was given to both teams. Ghana also missed chance in last moments of extra time when they failed to score penalty.

Match ended on 4-2 penalty score. Diego Forlan has been elected man of the match. Both teams suffered with two yellow cards. Possession percentage is Ghana 52% & Uruguay 48%.

Supporters and fans of Uruguay are excited after the win whereas Ghana fans are disappointed after the defeat. 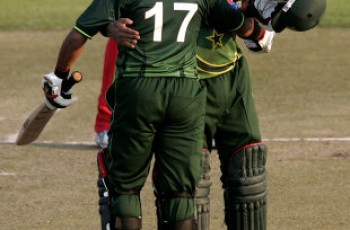 Pakistan cricket team will take on host Zimbabwe in third …

A Twenty20 match has been organized between the teams of …