At last Muhammad Asif, Salman Butt and Amir were sentenced and imprisoned in UK.  Doubtless they committed crime and threw no balls but has anybody considered that various Pakistani cricketers had already involved in match fixing in the past? The ex-cricketers of Pakistani team intentionally lost the matches in their time and surely their crimes were bigger than the three cricketers but were they sentenced like the three cricketers? I believe not! Not only Pakistani cricketers but many of the other cricketers from various teams were involved in match fixing but they are freely living their lives in their countries.

It is very amusing that Pakistani politicians even the ex-captain of Pakistan Cricket Team, Imran Khan did not cooperate with the three cricketers whereas they all castigated the players saying that “as you sew, so shall you reap”. It is definitely true that they had to face the charges imposed against them but it is elusive that the players were sent to other country to be prosecuted! It is also amusing when the players were declared sentence, Federal Interior Minister Rehman Malik went to UK so that the players were brought to Pakistan for prosecution. Why not the government decided before they sent the players to UK? Doesn’t the government have ability to take its decision at the right time?

Raymond Davis case is in front of us. Although he was a terrorist, the US government successfully carried him to America saying that Davis would be prosecuted under US law. Did US government sentence him? When other countries can prefer their own laws, so why can’t Pakistan? Where are we heading towards? 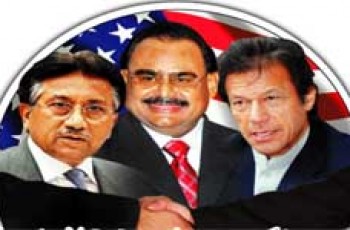 A new conspiracy has been started regarding Imran Khan’s back …

A baby cries far across the villages of Pakistan because …