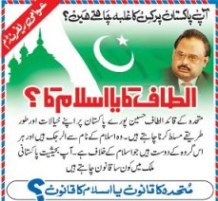 Karachi: Following the call for ‘public referendum’ by Muttahida Qaumi Movement (MQM) against Taliban entitled ‘ What people of Pakistan wants, Jinnah’s Pakistan or the Taliban’s Pakistan?’ that is going to be held on Thursday, Daily Ummat Newspaper has come up with its own public referendum against MQM entitled ‘Whose dominance you want in Pakistan, Altaf’s or dominance of Islam?’

MQM will be launching its countrywide referendum on Thursday (November 8, 2012) aiming to get an idea whether people want Jinnah’s ‘liberal’ Pakistan or the Taliban’s ideological Islamic state.

In reply, Ummat is conducting a general referendum stating that MQM Chief wants his ideas and traditions to be enforced in Pakistan. He is allergic to the name of Islam and supports every such group who is the enemy of Islam. Ummat’s survey asks, “Whose law you want to be implemented in Pakistan, The law of MQM or the law of Islam?”

Within hours more than six thousand votes have been casted in favor of Islamic law while about 800 votes have favored law of Altaf Hussain. 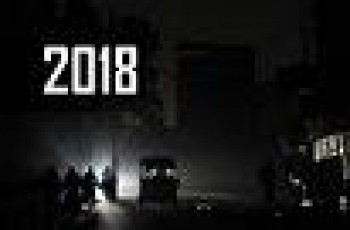