Pakistani singers are known for their quality songs and voice not only in Pakistan but also in India, and Bangladesh where a large population understands Urdu. This list will reveal who are the ever green top 10 singers in Pakistan.

This list for the best Pakistani singers includes male & female singers who were not only famous among older generations but are also known by younger generation.

Nusrat Fateh Ali Khan is the most famous singer from Pakistan who was known as the ‘Voice of Pakistan’. He is known for introducing the traditional qawwali with international audience and toured around 40 foreign countries.

He released albums in different countries including England, USA, Japan and India, he is also known as “Shehnsha-e-Qawwali”.

The King of Ghazal Mehdi Hassan is known for giving life to ghazals of numerous writers which are considered ever green by music lovers.

It is said that he sang & created soundtracks for almost 300 movies influencing not only common people but also people like Jagjit Singh & Sonu Nigam.

Malika-e-Tarannum (Queen of Melody) is the title given to Pakistan’s most famous female singer due to her angelic voice. She worked as an actor in Indian film industry and for Pakistan after division of subcontinent, while also being playback singer.

She ended her acting career after 33 years but continued singing and became the most famous female singer in Pakistan. She is also credited to be one of the most famous Bollywood female playback singer as she started her career before partition.

Ahmed Rushdi is a famous Pakistani singer who is known to be the first pop singer in South Asia after singing ‘Ko-Ko-Korina’.

He is known as the Pakistan singer with highest number of film songs in Urdu, English, Punjabi, Bengali, Sindhi and Gujarati languages.

Amanat Ali Khan is a name which cannot be ignored in Pakistan’s music industry especially due to his role in classical ghazals, he is known as the first tutor of famous Indian singer Lata Mangeshkar.

Reshma is a famous folk singer who worked in Pakistani and India film industry. She is among those few popular singers who gained fame without learning singing or music formally under any ustad.

Playback and ghazal singer Ghulam Ali is known for his unique style of incorporating Hindustani classical music with ghazals. His songs and ghazals are famous not only in Pakistan and India but also in Nepali as he sung Nepali ghazals.

When it comes to Sufism Abida Parveen is considered the most popular singer who has performed not only in Pakistan but across the globe. Yaar ko Humne, Tere Ishq Nachaya and mahi yar di gharoli bhar di are some of her famous songs.

If there is any singer who introduced Seriaki language not only to the whole country but to the region then he is Ataullah Essa Khelvi.

He has performed in Pakistan, USA, Canada, United Kingdom, Japan, France, Spain, Germany, India, Italy, UAE and many other countries around the globe.

Pop singer Nazia Hassan was the most popular singer in Pakistan and India during her era despite her career being shorter than others. She started her singing career at the age of 15 by singing “Aap Jaisa Koi” for Bollywood film and was awarded Filmfare Award.

In recent times other singers have also been successful in rising to popularity which include names such as: 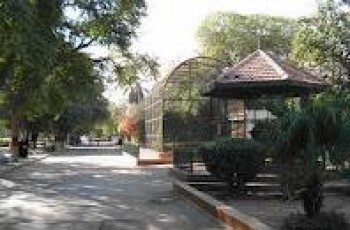 Karachi: The only Arabian Oryx in Karachi Zoo died on … 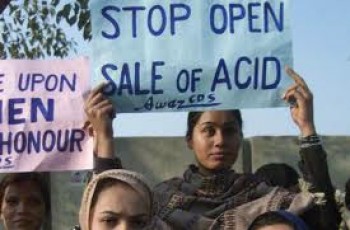