Our heart goes out for Aylan Kurdi the little Syrian boy & other Syrians who became the object of tyrants & ancestors of Pharaoh. Despite the fact that it is sheer crime of all Muslim Rulers specially the ones who are more nearer to this calamity, it is equally important to know the Geo-political situation of Syria that has led to such biggest humanitarian crisis.

If one analyzes the history & Geo-politics of Syria, the ruling minority Alawites were never accepted by the Syrians as legitimate government. However they were installed by colonial design & given power to rule by a military coup. Muslim brotherhood in the 1970s tried to overthrow this government of Hafeez Al Assad the father of Bashar Al Assad, but they failed & that movement was crushed. In that period also many were killed, the famous Hama massacre is remembered.

An Incident that Led Present Uprising

In 2011, following the uprisings in Arab world, a group of college students in Syria wrote antigovernment sentences on the city walls. All those students were arrested. Their family & other elderly members of the community went to government officials and asked their release. Demands were seriously mishandled by the Syrian government even they allegedly went on saying for the detainees’ parents to give birth to more kids and if families of the detainees could not do then they can assist for this purpose.

This obviously jolted the community and protests erupted peacefully on a national level which was again mishandled by the Syrian law and enforcement authorities, and they opened fire on peaceful protesters, many were killed. Videos are there as a proof. Initially the protests were peaceful which was later made violent by the Syrian regime.

Defections within the Syrian Army

The brutality of the regime resulted in defection within the Syrian army and Free Syrian Army was formed. Many among the religious circles formed rebellion armed groups with different names. The rebellion forces within the Syrians had given a very tough time to Assad regime and many of his strong holds fell down. Even there were many defections within the government.

The international community although criticized Assad regime at a global level but practically did not interfere & in actuality they tried to buy time for Assad regime to rescue itself. On the other hand, Iran tried to rescue Assad with its allies & interfered Syria practically by its revolutionary guards and its ally Hizbullah.

A Solution of Interim Government

A secular rebellion group in Syria backed by US & her allies were formed that held meetings in Turkey which tried to takeover revolution and proposed to form an interim government that should be both acceptable to Syrians and Syria’s government. But this solution failed since Syrians rejected the planted solution & wanted to form the native government and systems indigenously.

The Influx of ISIS in Syria from Iraq

In 2014, a group named ISIS was given global media coverage which was actually based in Iraq. This group practically had no presence in Syria and had no role in Syrian civil war. In Iraq this group launched a sectarian war when America was facing severe resistance; this group actually diverted the resistance and engaged Muslims against Muslims.

ISIS announced Islamic State and recruited people on a mass scale because it was given a global media coverage & then extended to Syria. Instead fighting with Assad, ISIS started to fight other rebel groups in Syria which actually weaken the revolutionary groups, it tried to spread confusion and thus again engaging the rebel groups with the common people under its flag having rebellion sentiments. Still this group is given media coverage and it actually shifted the focus from Assad to rebels. It is worth mentioning here that other rebel groups in Syria were not given such coverage by the world’s media.

America making ISIS a reason attacked other native groups in Syria instead of attacking Assad regime & instead of uprooting ISIS. So this is how the war has been prolonged. If the Syrians were allowed to build whatever they wanted the issue might not have resulted in such prolonged catastrophe. This is how decades long humanitarian crisis in Syria has sustained.

The Issue of Illegal Immigration

As far as Arabs are concerned they are least concerned, they did not entertain Syrian refugees. Turkey played some part in entertaining refugees but there is a ping pong between European Union and Turkey for the settlement of refugees. The likes of Aylan Kurdi and my fellow Syrians have suffered this fate because it was designed by the global chess players. While suffering of Syrians are not felt by neighboring rulers, Syrian immigrants are illegal and deserve such fate.

By Engineer Waqas Imam. The writer is a freelance commentator; his opinions, letters and analyses had been published in various national news papers, blogs & magazines of Pakistan, Saudia Arabia, Bangladesh, & India. He can be contacted at his twitter headset twitter.com/smwaqasimam

SM Waqas Imam is an engineer by profession and a freelance commentator. His opinions, letters and analyses have been published in various national news papers, blogs & magazines of Pakistan, Saudia Arabia, Bangladesh, & India. 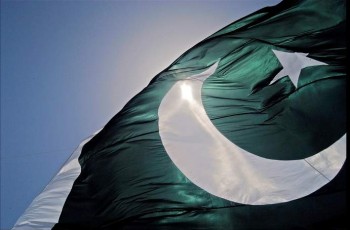 Bollywood star Shahrukh Khan was once again stopped by airport …