A baby cries far across the villages of Pakistan because of hunger, his mother can’t feed him due to absence of food. The other day that baby dies leaving his family members totally shattered. Parents are afraid to send their children out in big cities due to extreme fear that someone may shoot them, someone may come near their children and commit suicide bombing. A joyous family cannot enjoy their holiday peacefully because of extreme conditions of the city. A policeman fears to do his duty thinking that someone may kill him for being strict. A businessman fears to invest some money in a new business when he thinks about the declining economy of Pakistan. People who don’t possess their own vehicles cannot hire a taxi at adverse timings just because the taxi driver refuses to go to the place where they want to go. International eyes are fixed at Pakistan whenever the name of ‘terrorism’ pops up. Illiteracy rate continues to decrease as the years pass by. Population increases every year but there are no proceedings in the resources which are needed to entertain the public. Almost every day, a drone attack occurs which kills innocent people in the northern areas. Above mentioned scenarios are just slight glimpses of what is happening across Pakistan.

Political conditions of Pakistan have been made worse than ever. Government plays a new game every time when any demand approaches them. The seats of National Assembly are made a game of musical chair, whoever whenever wants to govern they sit on their posts and whoever whenever wants to leave, they resign their posts. All the Political Parties and Political figures of the country are just busy in filling their own pockets forgetting that there is a nation behind them which needs their attention. Moreover, the leading political personalities find their way to success through Democracy. Democracy which is another name of Capitalism is based on the principles of “Rule and Divide” and “Rule of the people by the people for the people”. However the ruling party in Democracy remains the one which is elected by the people. The very same ruling party rules independently across the country forgetting what the nation is demanding. As a matter of fact “Rule of the people by the people for the people” is just a mere slogan to keep the nation quiet. Rulers of Pakistan think democracy is an honor for them forgetting that democracy is not something which Islam tells us about. In fact, our rulers have totally forgotten to take a look on what Islam tells us about Ruling a country. They are so much mesmerized by the western hypocrisy that they see nothing except what America tells them to see. They work on whatever America says, they believe in America as if she’s their God forgetting that there is some existence above all, the very existence who has created us and who has taught us how to govern, how to rule, how to prosper and how to live all through Islam.

Pakistan is a naturally rich country having several reserves of coal, oil, gold and other minerals. Unfortunately Pakistan can take no benefit of these reserves as some of the reserves have already been sold to some other country by our rulers. And the other reserves can’t be used by our government as they don’t have enough machinery to make great use out of these reserves. These reserves are so rich that Pakistan wouldn’t need to take loans or buy any of the minerals from other countries. The power crisis through which the country is passing through can be solved very easily by utilizing our coal reserves. They can supply us energy for about 200 years without a gap as Pakistan possesses 2nd largest coal reserve of the world. Pakistan is the 7th nuclear nation with 6th largest army yet it is afraid of western powers. She keeps her silence on drone attacks and other involvements from outside. Moreover, Pakistan is rich in water having five rivers flowing across its borders and a sea which touches the shore of Karachi.

Pakistan has a great number of manpower and the talent which is hidden inside the minds of our younger generations is fascinating. Pakistan having very less resources of education yet produces position holders who dominate the world by their Grades. The nation needs polishing but the question arises now is how can we be the best in the world? What would it take to solve all the current problems of Pakistan? What is the basic cause of such a great decline of a talented, rich and hardworking nation? The answer to that can be given in one line; we have forgotten the teachings of Quran and Sunnah and our identity as a Muslim ummah.

Hazrat Umar RZ said once while travelling to Bait-Ul-Maqdas:

“Whatever respect we have, we have it through Islam and if we will try to find respect in worldly shines, Allah will disgrace us”

The basic cause of our present decline is because we ourselves chose to decline by selecting the capitalist system as the ruling body. The system which has no link with the teachings of Islam and the very system which is created by Western think tanks. My question is that how can we defeat the ones who produced this game, how can we move forward by sticking to their ideology? The answer is simple we can’t until we don’t get out of the capitalist system. Other question arises, what is the substitute for it? The answer is simple: Islam proposed a divine system 1400 years ago and with which our Prophet PBUH and all the caliphs ruled with dignity. Islam proposed separate rules for Foreign policy, Educational policy, Economic policy, Social policy and Judiciary. Islam gave all the rights to the people, equal rights to men and women. Above mentioned words of Hazrat Umar RZ are purely divine and true in its concept. Islam gave us all knowledge to succeed in this world and if we will try to find success in other things, we can’t succeed. Pakistan needs a system which is totally based on Islam that is an Islamic system.

Islam says that the sovereignty over the entire universe belongs to Almighty Allah which means Allah swt is also a sovereign for a state. Allah swt has allowed a person to exercise this authority in a limited way. That person is the nominated head of all the Muslims who is given a baya’h and is called Ameer. He rules with the Book of Allah and Sunnah of our Holy Prophet PBUH and doesn’t do anything which conflicts the laws of Islam. Islam has made it obligatory to the governing bodies to provide food, shelter and clothing to the inhabitants of the region where they are ruling. If any person dies of hunger, Ameer is responsible for that death and he will be questioned by Allah swt on the day of judgement unlike the capitalist system where rulers are themselves involved in the killing of thousands of people. Pakistan’s resources will not be sold to any non-Muslim powers and they will be used by Muslims in their interest. Islam forbids discrimination on the name of caste and areas so under the influence of Islamic system all the inhabitants of Pakistan will not be sectioned into groups but they will be treated as equals. Ordinary person will have the permission to raise fingers on the Ameer if he is doing something wrong because Islam has given this right to every Muslim unlike capitalism where people just blather about their problems and no one listens to them. If Pakistan is turned into an Islamic state then it would not pardon the drone attacks and involvement of other powers in its resources or lands. Pakistan will give severe answers to every call of America and other opponent countries. Islamic judiciary will solve cases just at the moment when they are brought to the Qazis unlike the present capitalist judicial court where people have to wait for years just to hear what the court has to say about their minute problems. Better educational opportunities will be given to students in the Islamic State and the syllabus will be the same throughout the state unlike today’s educational system where rich people get the chance to study and the weaker ones are deprived of education. Women’s public life will be safe from any dangers as the governing bodies in Islamic state will punish the evils of the society as per the teachings of Islam.

So in short, Pakistan needs a truly built Islamic society where every aspect of society is managed by the teachings of Islam whether it be ruling or living. One should not forget that Islam is not merely a set of obligations but a complete code of life which has defined all the rules for living. Islam can truly lead Pakistan to solution and prosperity. 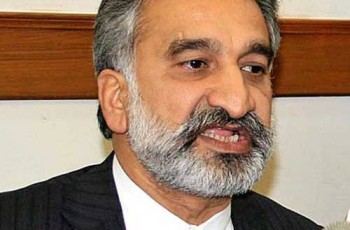 As there is lots of discussion on Zulfiqar Mirza stance … 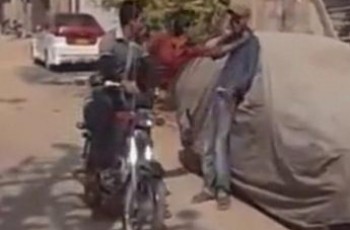 There has been an alarming rise in street crimes in …