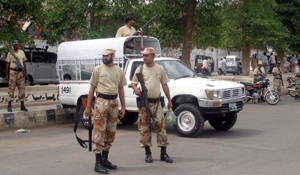 Brigadier Hamid from Sindh Rangers has said that the action took place after interrogating a terrorist who was arrested few days ago. He added that 2 LMG, hundreds of bullets of 6 MSG, a rocket launcher and 12 rockets are included in the recovered weapons. He has further said that the weapons were going to be used on Yaum-e-Ali in Karachi; however, the Sindh Rangers has foiled the terror plan forthwith.

On the other hand, the provincial government of Sindh has issued a notification of suspending the mobile phone service in Karachi on the observance of Yaum-e-Ali. According to media reports, in view of terror threats and avoiding any mishaps on the observance of Yaum-e-Ali, the mobile phone service will be suspended from 4 AM to 11 PM on Yaum-e-Ali on 21st of Ramadan in Karachi and in this regard, a notification has been issued by the Sindh government.

In Addition, Pillion riding has been banned in the interior Sindh including Karachi for 3 days from today (Friday) whereas Interior ministry of Sindh has finalised the security managements on the eve of Yaum-e-Ali. According to sources, 14 thousands police constables will be deployed on the security of participants of the processions that will reach at MA Jinnah Road from various areas whereas the participants will only be allowed to participate in the procession if they go through Walk-through gates. Also the containers have been put on the entrance and exit of the ways. 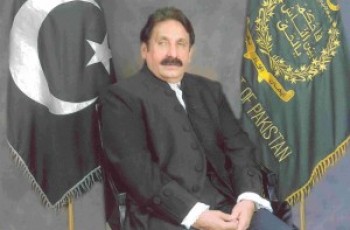 During the Wage Board award case Chief Justice of Pakistan … 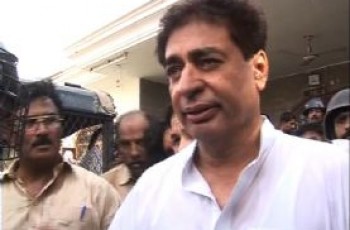