Construction of tall buildings is a common phenomenon in western countries which was later copied by other countries in Middle East and Asia. In recent years Pakistan also saw growth in high rise buildings, but do you know what are the top 10 tallest buildings in Pakistan for 2020?

This list will provide details of the highest buildings in Pakistan such as their name, location and floors details. The list only includes those buildings which have been completed or near completion while those which are under construction are not included.

Bahria Icon Tower is a 62 storey building is located in Clifton with a height of 320 meters. It is constructed and owned by Bahria Town which is the biggest real estate construction company in Pakistan.

The floors of the Tower consist of 10 floors of corporate offices, 40 floors of serviced apartments, shopping mall and the highest located terraced restaurant.

50 Storey Chapal Skymark is a residential project in Karachi which is considered the second tallest building with a height of 210 meters. Unlike other towers which are located in commercial hubs this project is located in Scheme 33. The building is still under construction.

Bakht Tower is a 34 storey tower located in Clifton, it was completed in 2018 making it the third tallest building in Pakistan with a height of 145 meters. It is a residential project with limited commercial floors with the view of beach.

The Arkadians Tower in total consists of 13 residential towers (34 and 24 storey high), six office enclaves and utility spaces from which the tallest tower consists of 34 stories with 130 meters height and 150 apartments.

The project is spread over an area of about 43 acres in DHA and is still under construction.

70 Riviera is a residential project located in Defence Housing Authority (DHA) which is a 32 storey tower with a height of 130 meters making it among the top 5 tallest buildings in Pakistan. It comes with 7 story parking facility with a capacity of 2,000 cars.

It is a project of Bahria Town which is located in Civil Lines Karachi with an estimated height of 130 meters. The project is still under construction and on completion will be among the list of top 10 tallest buildings.

Metro Twin Tower is a mixed residential and commercial tower which is 30 floor project along with 5 floor parking and helipad on the roof top with a estimated height of 130 meters on completion.

Ocean Tower is a 30 storey tower in Karachi which is the fifth tallest building in Pakistan with a height of over 120 meters. It is a commercial building with most floors designated for offices while lower floors are for one of the most renowned shopping mall of Karachi.

The 29 storey MCB Tower was considered the tallest building in Pakistan before other skyscrapers surpassed its height of 116 meters.

Telecom Tower , located in Islamabad, which is more commonly known as Ufone Tower is the tallest building in the capital city with a height of 113 meters.

Other high rise buildings in Pakistan include

Many of the buildings under construction will be completed soon while many other buildings which are under consideration by real estate will be launched in 2020 changing the list of tallest buildings. 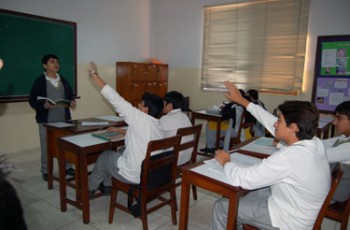 Lahore: Punjab government has announced that the students in schools … 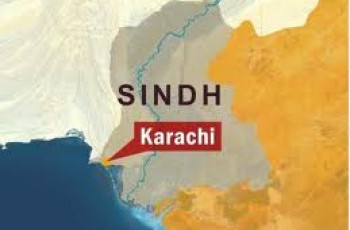 Karachi: As many as three men who almost got drowned …