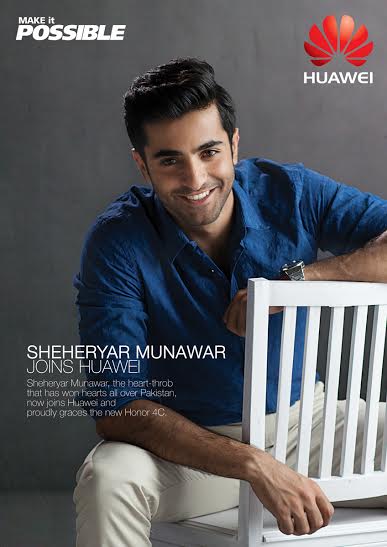 Shehryar Munawar will become the latest brand ambassador of Huawei Mobile. The mobile franchise is growing rapidly, so it seemed time to engage new advertising tactics and attract more sales for its products. Shehryar is the new heart throb of Pakistan and seems to leave an impression on the Pakistani audience. Initially, Huawei had engaged Mahira Khan, the latest sensation to endorse their brand. Later on they moved on to Humaima Malik and used her popularity on the silver screen to attract customers.

Shehryar Munawar will create a different affect on the Huawei add campaign, which will definitely be apart from the female glamour. He will be endorsing Huawei’s Honor 4C in the latest adds of Huawei.

Shehryar Munawar Siddiqui is a young actor, model and film producer, who attracted fame for his acting performance in the Hum TV Drama serial “Meray Dard Ko Jo Zuban Miley”. Initially, Shehryar appeared in the showbiz industry as a model and later he ventured into acting and production. Today, he enjoys popularity in the Pakistani media, especially among the younger segmenst of the audience. He is known for his performances in the roles of Tanhaiyan Naye Silsilay, Kahi Un Kahi, Zindagi Gulzar Hai and Aasmanon Pay Likha. 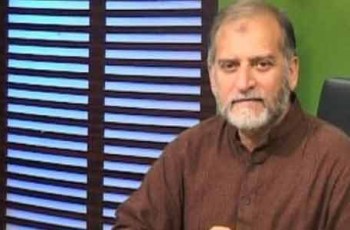 Advertisements rates on Pakistan’s TV channels are very expensive and …