Chief Minister Punjab Mian Shahbaz Sharif has said that PML-N would not award more time to Zardari’s People’s Party for destroying the country and looting the national exchequer. The rally of PML-N staged at Lahore today (Friday) will shake the roots of government.

This he said while addressing the gathering of party workers at Muslim League Secretariat Jamshoro, who were gathered there in the leadership of Nisar Chandio and Zahid Baloch here on Thursday.

He said that the hour of decision came after given three and half years space to the corrupt rulers, adding that President PML-N Nawaz Sharif has the guts to lead the nation and country to get rid of crisis.

He said that the corruption and looting of ruling government put unbearable damage, which put a big blow to the image of government.

He said that government become burden for democracy and failed to rehabilitate the flood-affectees of Sindh, adding that the government leave the affected people of Sindh alone but we cannot leave them in lurch.

He said that PML-N would stage protest rallies on 3rd November in Faisalabad and 14th November in Gujranwala; meanwhile he stressed that the PML-N should provide maximum support to the flood-affectees. 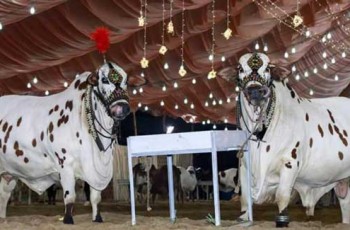 Preparations are being made for the historic Karachi Sohrab Goth …