Pakistani government should take notice of the preaching movement of the religious sect of Qadiani. The religious group by provision of food items to the deprived and ill-religious people is brain washing their minds and directing them to adopt their religion.

‘They are active in their religion preaching across the country including Karachi and Tharparkar. The government taking notice of the issue should take stern action against such activities in accordance with the constitutional laws or the religious parties would take implementing steps’.

The Englishmen have left the sub-continent but strengthened their imprints in our society. Our government should take serious notice of the issue who are using Islam as tool for the spread of their religion. ‘Qadianis’ have formed separate state in Rabwah where they are highly engaged in their mission and the area remains uninterrupted due to negligence of the government.

Ahmadis (Qadianis) according to the constitutional law are non-Muslims whether in majority or minority. They do not believe in the Finality of Prophethood and hence they are not called Muslims.

Often in Pakistan, they are targeted for their wrong religious beliefs but still they continue to preach their religion in small sects due to negligence of the government.

[junkie-alert style=”white”] Economically weak, unaware people are preached of their religion who being uneducated believe it to be true.[/junkie-alert]

About Author: Umer Iqbal Jutt is Student of MA (International Studies) in University of Karachi.

Khan sahib, As I recall properly you were struggling for … 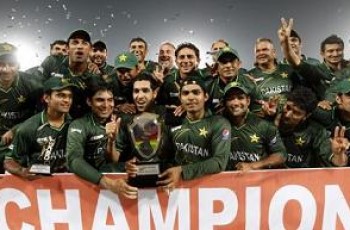