Saudi Crown Prince Mohammed bin Salman bin Abdul-Aziz Al-Saud will announce a $10 billion investment for the construction of an oil refinery during his visit to Pakistan, according to Prime Minister Shehbaz Sharif on Friday.

The prime minister said the projects offered by Saudi Arabia had been ignored by the previous government, but he revived them within 48 hours.

He was criticizing the previous Pakistan Tehreek-i-Insaf (PTI) government for failing to take advantage of an opportunity given by the Saudi government to launch several projects in the country through grant, soft loans, and investment.

The crown price, according to him, indicated a readiness to fund development initiatives in Pakistan. He continued, “He (the crown prince) was willing to do anything for the advancement of the people of Pakistan.
The PM Sharif made comments a few days after returning from a two-day visit of the Kingdom. During the visit, the two leaders decided to strengthen their friendship and bilateral ties.

“A team from the Saudi Development Fund (SDF) visited Pakistan earlier this year. They complained about delays in Pakistani projects brought on by the previous government during a meeting with me,” he claimed.

He claimed that one of the projects was the creation of a hospital with funding from Saudi Arabia, but even that funding was turned down by the PTI administration out of concern for the National Accountability Bureau (NAB).

“The hospital was to be finished within six months, and some more such projects were to be executed on soft loans but they were kept in cupboards,” he said, adding that he asked the SDF team to stay in Pakistan for an additional two days and that he received approval for the stalled projects in less than 48 hours.

“It was quite awkward, I assure you. However, I requested more time, and within 48 hours I received clearances for all the projects that were delayed,” PM said.
According to Mr. Sharif, Prince Salman received an apology from him during their meeting for the projects delayed execution. He cited Prince Salman as claiming that Saudi Arabia and Pakistan had deep links and good relationship. He said, “We are like one big family and I’m ready to do anything. The Saudi prince also instructed us to work on projects and to facilitate them without any hesitation, according to PM Sharif, who added that one of the projects is $10 billion oil refinery.

The prime minister acknowledged that Pakistan’s connections with friendly nations have deteriorated in recent years and pledged to go above and beyond to repair them. He stated, “I want all of you to welcome him cordially since he comes from a brotherly country,”.

He continued by saying he would soon be in China. China has always supported Pakistan and has been a reliable friend to us.
There is no need to “ruin ties with the US,” Prime Minister Shehbaz added briefly, assuring audiences that efforts are being made by the government to repair this connection as well.

The prime minister thanked the police for their sacrifices in defending the nation against crime and terrorism at the opening of his speech and challenged them to set the bar high for other regions with their counter-terrorist operations.

Regarding flood survivors, PM Sharif stated that he was actively trying to provide them with help and that arrangements were being made to set aside hundreds of billions of rupees to pay for rehabilitation through international channels.

While Ahmed Jawad, resigned and left politics, Prime Minister Sharif named Tariq Mahmood Pasha as Special Assistant to the Prime Minister on Revenue, with the title of a minister of state.

The most recent accession brings the total number of federal cabinet members to 75, including 30 SAPMs. 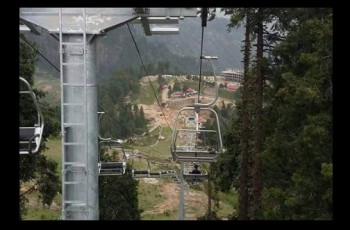 Chairlift at Malam Jabba has become very famous among tourist …

Kalaiya: At least 20 militants were killed in an operation …