They were arrested from their home at Gulshan-e-Iqbal for cheating charges because they failed to transfer possessions to 145 allottees for a 17 year old project for which payment have been made.

Rizwan Soomro further said that the accused will be produced before the Accountability Court Hyderabad for overbooking of plots in project ‘Rufi Global City’ which is situated at main Super Highway. Through this the accused earned millions of rupees from citizens without giving them possessions.

Engineer A.H Jilani on social media appreciated the action by NAB and said ”Mr Rizwan Soomro, Dy: Director, NAB! Well done for your action against such black sheeps. Pl vigorously concludes the case. The same case is with the affectees of a commercial and housing project, namely KAMYAAB TOWERS, Block No.13, Gulistan-e-Jouhar, Karachi. It is located on Darul Sehat Hospital road, near Blue CNG station. It’s booking and payment has been completed in 2004. Only structure has been completed. No further work since 2005. Its builders FAISAL and SHAMSI of Kamyaab towers have been disappeared since 2005. Nobody knows there whereabouts. No result after knocking the doors of the Cantonment board and ABAD Association. Authorities are requested to intervene the matter and take stern action against the defaulter builders, please.”

Another citizen said that ‘I have also invested for the plot in Rufi Dream City more than 10 years before. Still no news for possession. I deliberately stopped the payment when only Rs. 15,000 was left. When I forced them for possession then they made lame excuses. I told them to sale the file and they replied that if we find someone then we will notify you. Great Job NAB. Will be available any time if you need me for proofs’ 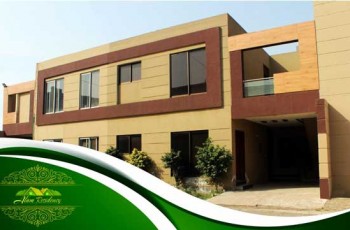 Alam Residency Lahore is a gated residential project by renowned …