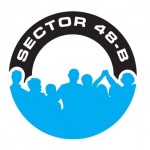 Now a day’s situation of Pakistan’s most populous city Karachi is getting worst. Recently Local Bodies Elections was held in Karachi but still nothing has been changed. All of city is full of garbage.

But residents of Korangi which is one of the area of Karachi are doing what government should have been doing. Residents of Sector48B have brought a very big change which is lead by a responsible resident of the area Shakeeb Ahmed.

While talking to the AwamiWeb correspondent Shakeeb Ahmed said it’s started all in summer when the whole city was disturbed by Heat Wave and K-Electric. His area boys start protesting on road in the conventional way burning tires, blocking roads and destroying public properties. He get to them start shouting on them, stopping them and ask them if they want something fruitful join him.

They all left for K-Electric complaint office in a peaceful way even Rangers supported them. But after returning from K-Electric office Shakeeb started thinking of how to use these scattered people in positive work. After that he formed a team for “Sector48B”.

In answer to this question Shakeeb replies that no political and non-political party is supporting them at the moment. They raise funds from the area by getting Registration fees of 8,500 PKR and a monthly fees of 300 PKR. Till date they have raised 4,039,100 PKR and currently have 450 homes as registered member out of 580 homes.

Any response from police and local administration ?

Shakeeb said that on each step police comes for money for tea party even couple of times they arrest there workers because they are cleaning the roads.

Following are the projects which have been completed till now by his whole team.

Water Project: This was done in two phases first one is to create a water connection from bulk water line which cost them 200,000 PKR and the other one was to lay a new water system in the whole area which was about 8,000 running feet of pipelines. This phase cost them 3,300,000 PKR

Street Lights and Number Plates: They installed new LED lights in the whole area. Also they are proud to say that they are the first area in whole Korangi and Landhi to have street numbers in the area. This project cost them 200,000 PKR.

Cleaning: They cleaned whole area and hired 4 cleaning staff privately as the local administration is not supporting them at all. These activities cost them around 300,000 PKR.

Event: They arranged the first ever area event of that area. In that event they watched T20 match, then Ayaz Memon Mootiwala founder of “The Aam Admi” production join them and distribute gifts among the public and also gives Franklin Club membership worth of 500,000 as free gift to 3 people and announced “team Sector48B” the first ever area which will be model area for others.

Any improvement After Local body elections?

According to Shakeeb after local body election they got into more problem as now those who won election from their area are looking into their funds and trying to take over the system. Shakeeb said that he doesn’t think that there is a chance of betterment in the area after local body elections. Even they have to call private sweeper for main hole cleaning, government are not supporting them even there.

Shakeeb said that Alamgir khan is nice guy and the way he is running the campaign is awesome. But one thing which has disappointed this energetic young mas is that most of people  work in posh areas like Gulshan, Nazimabad, and Clifton. Whenever he has asked and invited them to work in there are they don’t even bother to reply.

But he is grateful to  Ayaz Memon Mootiwala as he came on a very short notice when he was invited.

[junkie-alert style=”green”] Shakeeb Ahmed is hopeful that he along with his team members and with support of area residents will change the face of Sector48B and will solve all the basic issues of the area. [/junkie-alert] 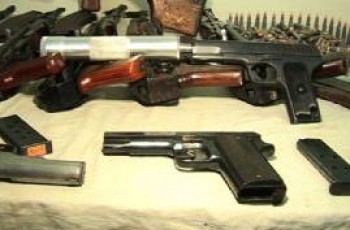 All those arms licenses which were issued by the Sindh … 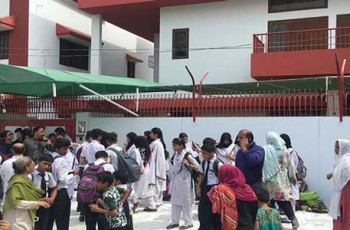