Karachi: TV viewers yesterday witnessed an out bursting show of anger and hatred in Tonight with Jasmeen on Samaa TV, hosted by Jasmeen Manzoor. Female Anchor Jasmeen Manzoor started the show with a brief overview about “Moabbat-e-Sindh Rally and Killings.”

Awami Tehreek Leader Ayaz Latif Palijo, PPP Shehla Raza, MQM leader Raza Haroon and PML-N Siddiq-Al-Farooq were present in the show. The show continued to do well and Palijo sutained to express his views with a non stop. The confrontation began when Awami Tehreek leader was been interrupted by MQM Raza Haroon He found it unwell what Palijo was telling the show members, he barged in saying who is this man? Is he a nominated person? Why is he trying to be a contractor of Sindh Province?

This disruption followed with a big clash between the two, abusive languages were used as well, hatred out flowed big time. On the highlight, Jasmeen benefited with it with the raise in the ratings of her show and that was understood to be her aim and intention.

However, the show ended normally with taunting and pointed arguments, Raza Haroon left the show in a good mood but Palijo looked annoyed. 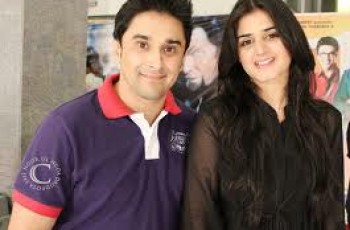 Karachi: The ever loving and stylish Pakistani couple and television …