Rahat Kazmi and Nyla Jaffery is now a days doing a theatre “Salgirah” and “Sham Bhi Thi Dhuan Dhuan”. The play is double pill and is staged at Arts Council, Karachi. First play was held on 14th December at 6:00 PM. “Salgirah” is written by by Javed Siddiqui. Shaam Bee Thee Dhuan Dhuan (by Aleksei Arbuzov translated by Rafiq Anjum). It is directed by Zia Mohyeddin.

The last theatre which became a massive hit and was liked by thousands of people was Anwar Maqsood’s Theatre “Pawnay 14 August”.

A three day International Youth Conference and Festival began in … 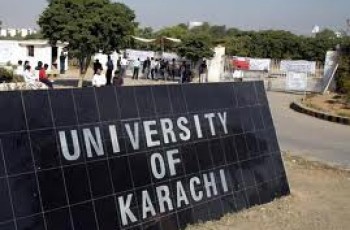 A seminar on ‘Diagnostic Tool For Different Cancer’ by Dr …